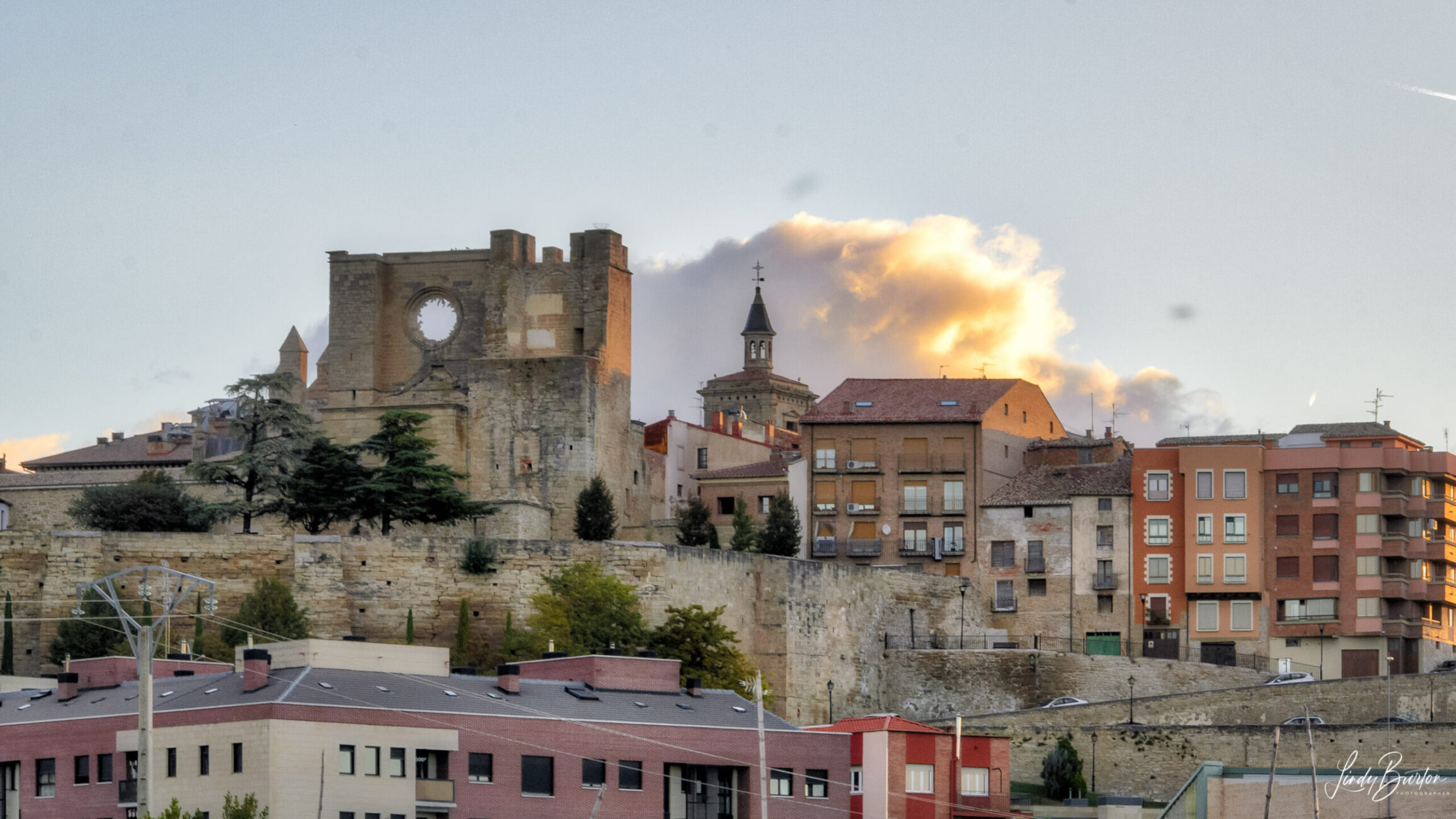 Firstly, now that I’ve nearly caught up with the blogs, I want to thank everyone who has left comments on posts, facebook and the wonderful email I got from my niece, Amanda.  It’s always great to hear from people and know what’s happening in the world. I’d love to reply to everyone but that’s probably not going to happen but that doesn’t mean you can stop  ;p

Viana to Logrono was only about 12kms.  I left at my usual time of 8am but everyone was either having a lazy morning or had left early and was heading through to Navarette so I had the path pretty much to myself.  I was mostly on bitumen pathways so was pretty hard underfoot and for the most part was fairly flat.  I covered the distance in 3 hours and was lucky that I could check straight in at 11am and that my bag had already arrived.  So, I had the full day here plus a rest day.  In hindsight, I could have done without the rest day but it is what it is.  It’s given me time to catch up on blogs, that’s for sure.  Finding the laundromat was a definite must, too bad it was a 10 minute walk on the way out of town however it’s interesting to see the newer sections of the city as just opposed to the old town.

I’ve done several laps of the old and sat at various cafes reading, drinking tea or sangria (depending on the time of day). Spent a few hours chatting yesterday afternoon but Camilla was getting a taxi to Navarette that evening and Claudia and Eduardo where leaving this morning so I was on my own today.  I was hoping to catch up with a few people who were a day of two behind me but Logrono is a city of about 150,000 people so it’s easy to get lost somewhere this size.

I sat in the park for a while today and the amount of people in the parks here never ceases to surprise me.  It’s a meeting place where people get together or sit and watch the world go by.  I think about the parks at home and they don’t get used to the same extent as they do here.  Of an evening or afternoon (today was Saturday) everyone comes out and wanders.  The cafes everywhere are heaving with people, it’s such a social place.

To make up for the lack of photos on the last couple of posts, here quite a few from Logrono.  I’ve been a bit disappointed in my photos, what I see/feel/want to convey isn’t coming across but here you go all the same.

What are you talking about your photos are beautiful!!! I love the last one of the guy drinking. It’s so atmospheric and makes you wonder what he’s thinking about and what his expression means. I’m sure when you’re not so exhausted you won’t be so hard on yourself! Keep going sunshine, you can do it. I’m sending good vibes to your feet x

Always love your photos. Hang in there. It will be worth it. Plus I’m living vicariously through your adventures. ?????