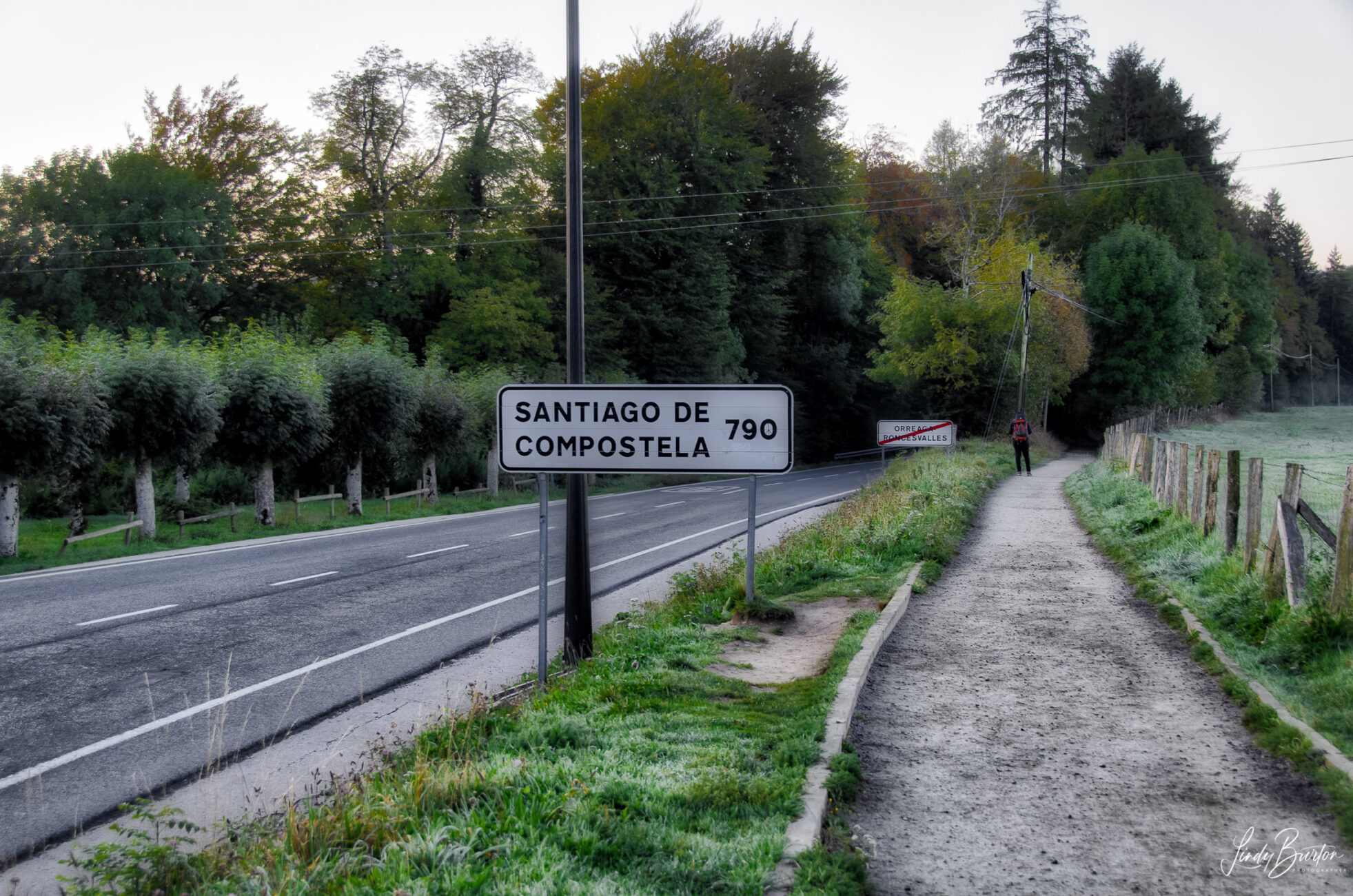 I didn’t get a great deal of sleep last night…..can’t understand why! It was a beautiful morning, quite cool but was definitely going to warm up. Lovely walking through a woodland path, while it runs parallel to the road, you can hear the traffic but can’t see it.

Walking through the village of Burguete I wasn’t sure I’d ever make it out with all the photo stops.

Walked with an American couple for a while until we got to Viscarreta. I stopped for a lunch break, took the shoes and socks off and relaxed for a while. It was the halfway point for the day and I needed to decide whether to keep walking or as it was the last decent sized village to catch a bus or taxi from there. I was feeling ok, I did a change of dressing on my little toe (from a gel cover to just tape, which worked so much better) and decided to head off.

The hills in the morning hadn’t been too bad however the descent was fairly steep on a concrete path which would have been treacherous in the wet. By the time I hit the next ascent it was hot, probably in the high 20’s) and not a lot of shade so it was a bit of a slog. The downhill wasn’t as steep as I had expected but it was rocky and you had to watch every step.

For most of the day I could see people ahead of me or someone would over take me……not a hard thing to do however the last 3kms I was on my own (if I’d sat down and waited someone would have came past soon enough) and by this stage my feet were getting pretty sore and it was damn hot. Zubiri coming into view was such a relief.

I got to my room, lay on the bed and didn’t move for about an hour. The distance is up for debate but it’s about 22 or 23 kms, which is more than I’ve walked before and took about 7 hours including breaks and frequent photo stops. I know there are people who will think that’s really slow, there are people here who are much faster and others that are slower than me (who knew) but to everyone I say – my race, my pace.

The road sign is at Roncesvalles so I’ve been lying about it being 800kms, it’s actually on 790kms….sorry about that.

Thanks very much Lindy. Great photos! We are so thrilled that we have got contact with you and share by this means your journey. Love Mum & Dad