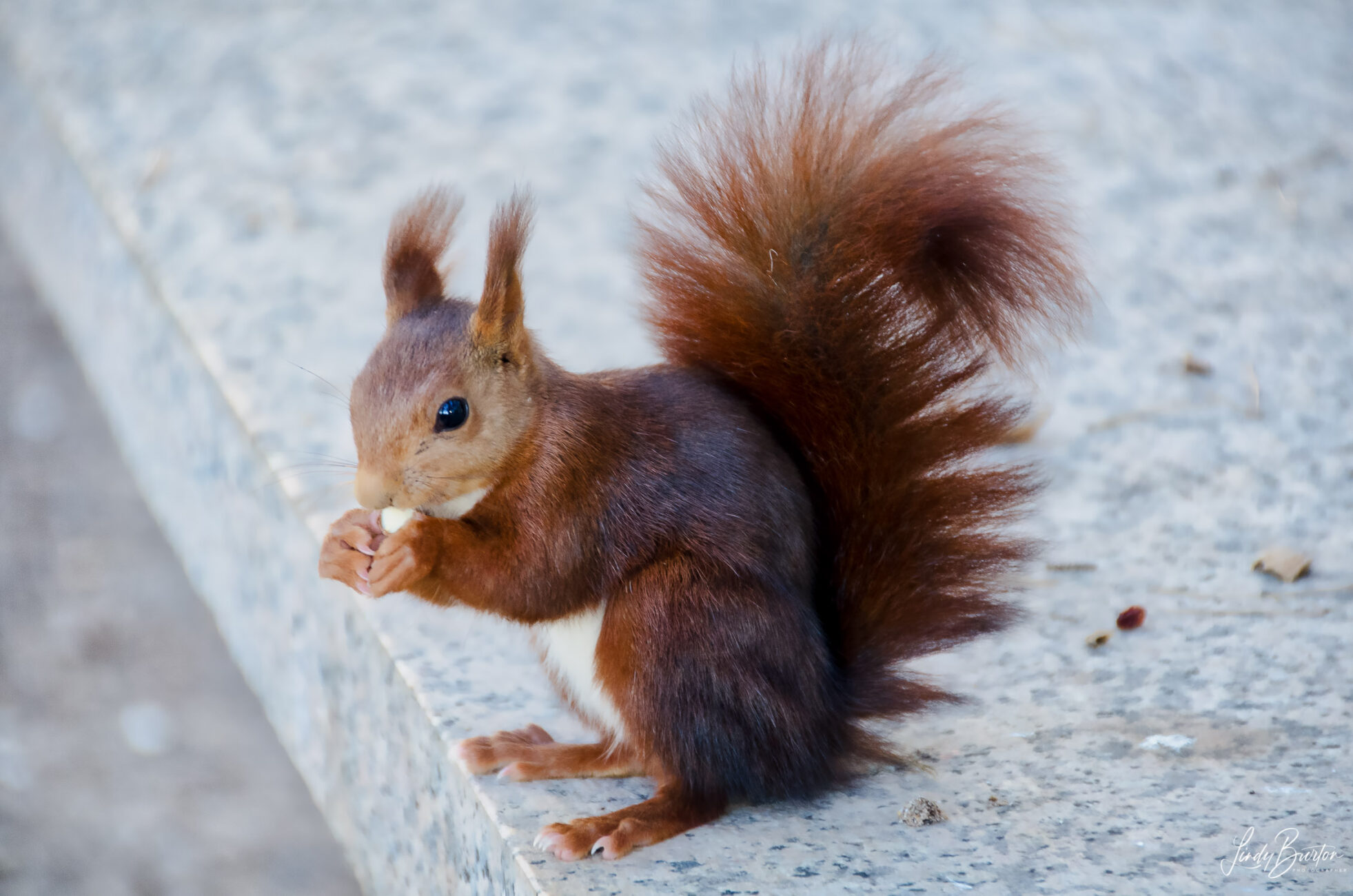 Awesome morning.  I hand fed a ‘wild’ squirrel.  Totally amazing.  I think squirrels are the cutest and as I walked into a park just out of Logrono, there were a few guys looking at something on a tree.  Being the nosy bugger that I am, I wandered over and it was a squirrel, so I’m all excited because they are so cute and I’m taking photos and going a bit nuts and the Spanish guy gives me some almonds to give to the squirrel and they took them straight out of my hand……how cool.  It’s a bit of a snatch, grab and run on the squirrels behalf but who cares…it was awesome.

Only had 12.7kms to walk today and I was in Navarrette before lunchtime.  The walk out of Longrono was on paved/bitumen paths, so again, hard on the feet but turned into path around the bird wetlands where I stopped for a cup of tea and second breakfast.  From there it was one hill and a walk beside the highway for the last 6kms.  Being in the Rioja area there are lots of vineyards now.

I walked into the cathedral here was blown away by the grandeur for such a small town (2900 people), it was very impressive.  It’s also another one of these towns that built on the hillside so very steep to get around and it’s very old.  The church was built-in the 16th century.

Guess I’d better pad out this blog a little (that’s the problem with being up to date).  I’ve come to the conclusion that smoking is the national past-time in Spain.  Everyone does it and it’s really annoying.  Thankfully, they don’t smoke inside.

The other thing I’ve noticed is that they don’t seem to have household rubbish collection.  There are large bins placed frequently around the villages/towns/cities and people bring their rubbish to the bin.  There are usually at least four and sometimes five different bins – paper, glass, plastic and everything else, the fifth bin is organic materials. They’ve obviously worked out that you can fit more into the glass bin if the glass is broken so they are thrown in with force to break the bottles.  In Pamplona the bottle bins were around the square where there are heap of bars and they took great pleasure in breaking the bottles on mass and scaring the poop out of the tourists (might I say, it worked a charm).

I sometime wonder how the locals feel about having all these pilgrims trampling through their villages.  Are they bothered by it?  It’s good income for them but it must be such an intrusion on their everyday lives.  As you’ve probably noticed, I have a thing for making photos of windows and I do sometimes stop to consider that I am peering into someone’s house.  While I’m just one person, what about the hundreds of thousands of other pilgrims doing the same thing?

That is one amazing looking cathedral, especially as it is in such a small town.

Lindy, always love your photos, especially the windows and that squirrel is just adorable!!!
What do you do to bring relief to your feet massage, soak, rub, oil???
Keep up the narration. Enjoying it greatly ??

Hope you stole a squirrel for me! They look just too cute!