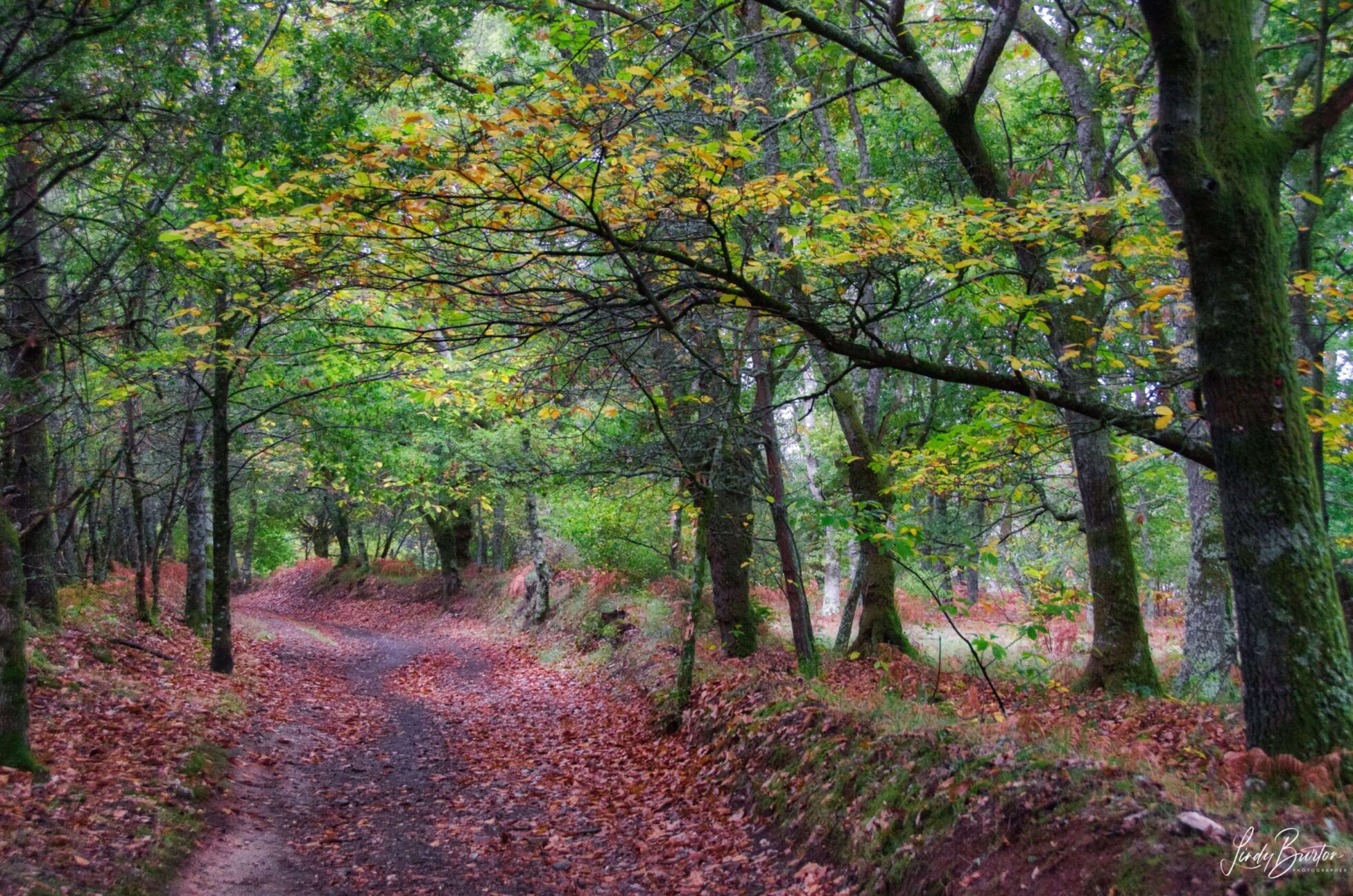 A relatively short day today: only 13kms. At breakfast at the spa resort and all these oldies are in their dressing gowns, mostly hotel supplied and a few of the men have chests showing, so I’m wondering if they’re wearing anything under them. I was praying that they had bathers on because if there was a wardrobe malfunction I didn’t know if I’d ever be the same again. Looking out the window, I thought it was foggy but is actually light rain.

The update form home last night was that the hospital thought Dad would pass within the next couple of days. So setting off in the drizzle kind of suited my mood.

I was lucky that while the hotel was off the Camino path, I was able to walk from it and join up with the Camino except I was walking on back roads that didn’t have the usual Camino markings. I was worried about getting lost but needn’t have been as it was quite easy to find my way except that the cars on these roads obviously aren’t used to pilgrims and didn’t give me a lot of room. The rain was getting heavy enough that I put the camera in my backpack instead of hanging around my waist. The camera didn’t stay there too long because there were too many gorgeous trees around.   The path through these woodland/forest is spectacular as usual. Being in groves of eucalypts is very surreal though.

I stopped for a cuppa and have come to the distinct conclusion that I’m definitely walking faster either that of the distances in the guide are way off because I only have about 6kms to go.

Aussie Vince caught up with me in the museum at Fueroles, just out of Melide and we walked together for the few minutes it took to get to my hotel (he had several more kms to go for the day).

I saw a couple of interesting sights today. A woman walking with shopping bags over her shoes, not sure if she was trying to keep them dry or just clean but I didn’t hang around to see how she went on the very slippery bits. Another woman walking in pants that have zip off legs at knee height but she was wearing knee length gaiters that were really tight. I couldn’t work out why she didn’t wear the full-length pants, which would have been more comfortable and just wash them.

The hotel is owned by a couple of English guys so being greeted with an English accent was quite a novelty and being served by someone who understands the importance of good cup of tea was wonderful. I can’t believe I was checked in, showered, had handed over my washing, had walked 13kms and was sitting having a cuppa at 12.30pm…..totally amazing.

I was going to go exploring Melide but it was raining too much so I read my book instead. I was downstairs having a drink when I got a call from home with the news that Dad had died, peacefully in his sleep and not in pain. Expecting the call doesn’t make it any easier and I’m shattered.