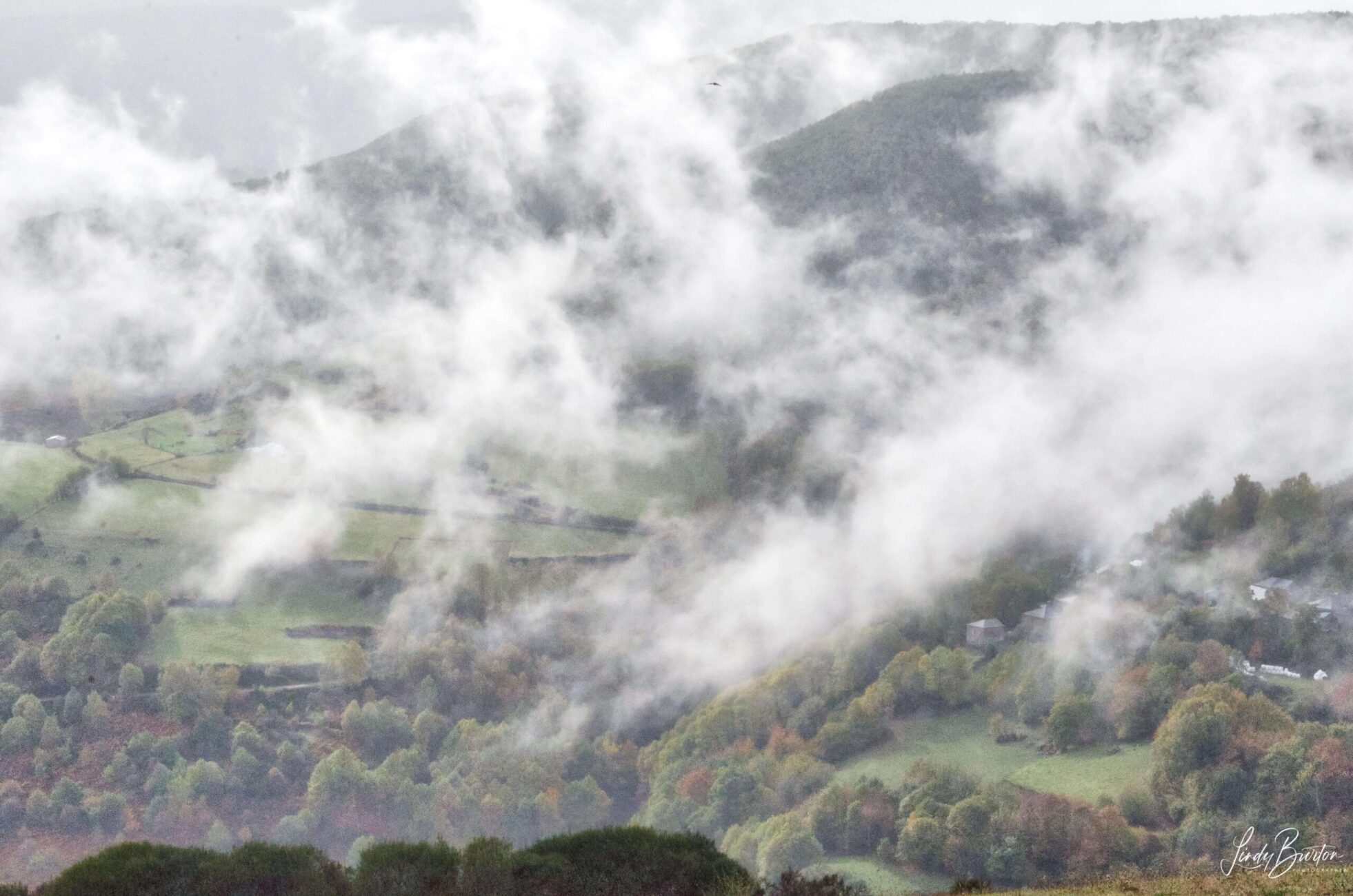 Today has been my biggest concern for the entire Camino. I have a 685m ascent over 9kms (split up by three villages, not quite evenly apart). I was lying in bed and wondering what the noise was and realised it could only be one thing…..rain. The one thing I didn’t want today because it’s known to be slippery in the wet.

I got talking to Jim (USA) coming out of Las Herrerias and he’d ridden the Camino a few years back and he said that once we get off the road and onto the path, if it’s too slippery we can get back onto the road later on although it would be a bit longer.

We’d climbed quite a bit walking on the road and finally got to the wooded path which descended to the valley floor only to have a massive ascent into the village of La Faba…..sooo not happy. I really dislike going up just to go down then have to go back up again….steeply. The path was actually pretty good and not too wet (the tree coverage had helped) and there were only a few places where I had to watch my footing. The hardest part was trying avoid the cow poo. The cows obviously aren’t stupid and choose the easiest path, which strangely enough, is the same path I’m looking to take.  So dodging poo became the thing of the day.

Caught up with Jim at the refugio in La Faba and chatted for a while over a cuppa and was really surprised to learn that he’s 67 and he was chugging past me while I was turning purple and had sweat pouring off me. This was the longest and probably the toughest section of the day and I was pleased to know it was out of the way. The next section was more uphill which opened into unsheltered country with beautiful views of the valley. The moo poo coming into Laguna de Castilla was everywhere and almost impossible to avoid….bloody cows. This was still a tough section and it must have shown on my face (that lovely purple colour again) because someone asked me if I was ok.

The walk from there to the town of O’Cebriero was good with a couple of steep sections but very pretty. We have now entered Galicia. I was surprised when O’Cebriero came into view, hadn’t expected it quite so soon but happy to be here especially as it started to rain a bit heavily. The Galicia region is known for it’s unpredictable weather and windy and driving rain….oh joy…hoping not to get too much of either.  After droppings my bags, I went out to discover the village which is not very big at all (maybe a dozen buildings) but it was totally fogged out and raining so gave it a miss.  The room is very average, it’s been a long time since I’ve slept on a spring mattress and I’m right over the bar/kitchen and can hear every sound from below. But I did manage to get some sleep so can’t complain too much 😉