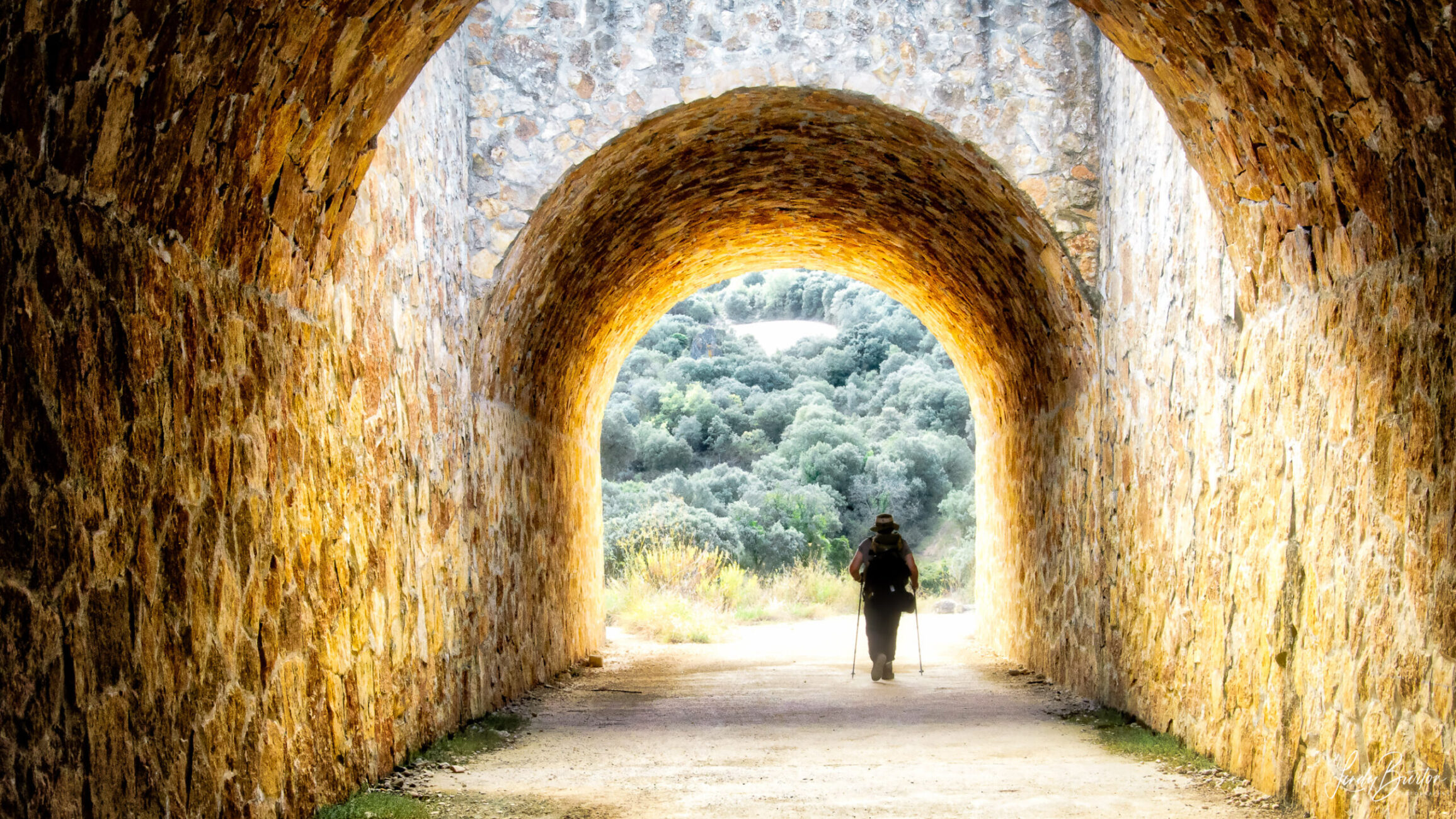 Hard, hard day. 24.6 kms. The morning was lovely and the bridge was impressive. Puenta la Reina means Bridge of the Queen. It was one of those clear sunny days in the high 20’s and it got warm quickly. There were going to be 3 hills but I’m always left wondering if what I call a hill is the same as what the guidebook calls a hill, so I have to ask are there really like 7 hills today. There was no doubt about the first hill though, it was the hill that just kept on giving and giving and oh look, just in case you haven’t put in enough effort, lets make the last 50 metres so steep you have to crawl up it. Should be glad it was only 50m. 🙂

There was much less shade along the path today.  Normally I only stop for about half an hour for lunch but I was stuffed today so went into a cafe for lunch.  Got to taking to an American lady then an Aussie/Kiwi couple for 1.5 hours.  It meant I had the last half to do in the heat of the day but I really needed that break to re-energise and air my feet out.  I’ve worked out that it’s ok to take breaks….it’s not a race.  They don’t hand out certificates to the first pilgrim into town each day….not that I was ever going to win that award.

Unfortunately, the refreshed feeling from lunch didn’t last long because it was soooo hot. Came across a guy at an olive grove who is trying to build a rest area and he offers fruit and cold drinks and only asks for a donation.  It was such a welcome rest that I paid him a small fortune for cold watermelon.  By the time I hit Villatuerta, I was done but I couldn’t work out the bus timetable and didn’t see a taxi, so the only option was to keep walking.  The guidebook was saying Estella was another 3.9kms, the sign post said it was 2.4kms and all I knew was that I had almost another 1.5kms on top of whichever figure it was to get to my hotel.  Alas, it was the 3.9kms and then another 1.5.  Didn’t help that I walked past the hotel and up a hill and when I stopped and asked at the servo, they told it was back the other way….I was so close to crying it wasn’t funny.  I was in a world of hurt. I had started out at 8am and finished walking/crawling/staggering/dragging at 5pm. I crawled into my room and star-fished on the bed, passing out for a couple of hours.  My legs had broken out into some sort of heat rash from toes to thigh and my feet throbbed and rigour mortis was setting in to the rest of my body but I still had to drag myself down to dinner.

The restaurants have a Menu del Dia (menu of the day) which is a 3 course meals with a choice of between 6 and 10 dishes for each course for about 12 Euros, which also included drinks, so it’s a pretty good deal really.  The problem is, it’s usually pretty awful and this one was by far the worst. One thing that has very much surprised me is my lack of appetite.  I expected that with all the extra activity, I be shovelling food  in at the rate of knots but I’m really not hungry for the most part and have to push myself to eat.  I also expected with the how little I’m eating the weight would be falling off me but that’s not happening.  Croissants for breakfast probably it’s helping along with more bread than I usually eat.