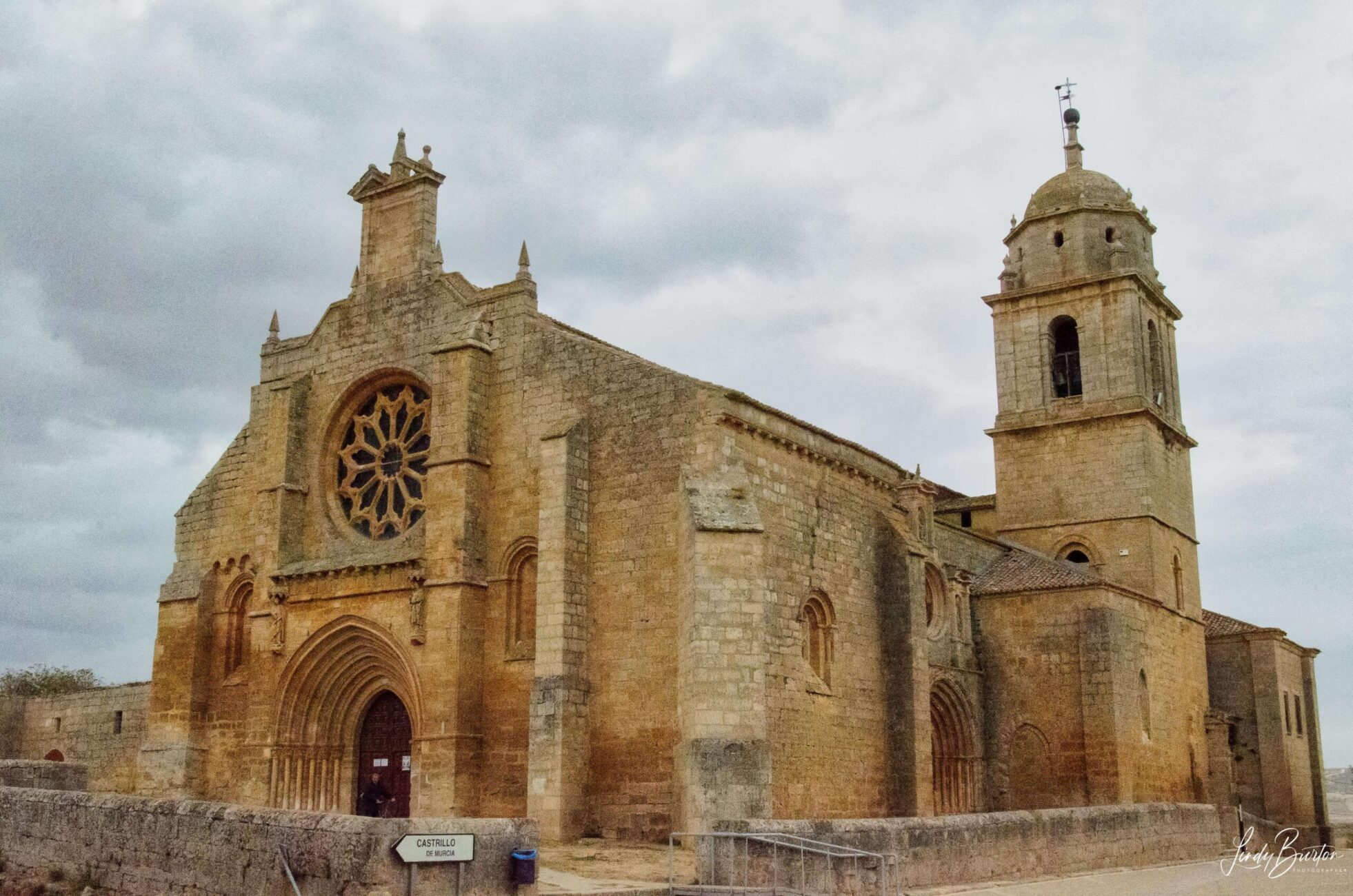 Yet another stinking hot day of 21kms. Christian has described an Aussie couple he’d met and as I was walking out of Burgos I was standing at the traffic lights and heard an Australian couple talking. I turned to them and said ‘You wouldn’t happen to be David and Sioux, would you.’ They were dumbfounded and I eventually had to tell them how I worked out who they were.

The walking into Tardajos was good but after that it become very hot and dusty. Stopped at a lovely little church – Santa Mariña y Santiago – just out of Rabe de las Calzadas but really struggled with the heat after that. There was a beautiful tree lined picnic spot at Fuente de Praotorre where I ripped of the shoes and socks and laid down on a bench for a while. I figure if people go to the effort of building a picnic area or putting park benches around the place then it would be remiss of me not to make use of them. Changed into fresh socks, which the feet seemed to like and then took off again for the last few kms. A slight uphill and then a descent that is called the Mule-Killer because it’s fairly steep and large pebbles and obviously even mule have difficulty on it.

After a shower, I went for a walk around town and ran into David and a few others and we all went for drinks and later dinner at a place run by a couple of Irish sisters. Great evening with really good food.

Happy days, it was overcast this morning and bordering on cool, such a welcome relief after the heat. The funny thing about the heat is that the Aussies are the ones bitching the most. Everyone else thinks it’s hilarious because we should be used to it, but as we explain, we don’t out walking for 5 to 7 hours in it.

Quite at nice morning walk and a fairly steep descent in Hontas for brunch. There was lovely church that is undergoing some reconstruction work so part of it was closed off by plastic sheeting. I lit a couple of candles and was sitting quietly listening to the very soothing music that was playing in the church, when We Will Rock You comes blaring out from behind the plastic…..as much as I love it, it kinda ruined the ambience.

Stopped at Arco San Anton which is the ruins of a convent, which now has road running through it, then walked the few kms (21kms for the day) with just a few drops of rain.

Got totally lost trying to find the hotel and was a bit over it. Unfortunately, it was siesta so there were very few people around and there weren’t many shops anyway. I rang the hotel but the guy didn’t speak a word of English and I didn’t know the Spanish to tell him I was lost (although I think he probably worked it out). I had to resort to flagging down passing cars until someone was able to give me directions.

Got chatting with Llwellyn & Craig Aussie couple that booked through the same company as me and we had dinner together along with Sioux.