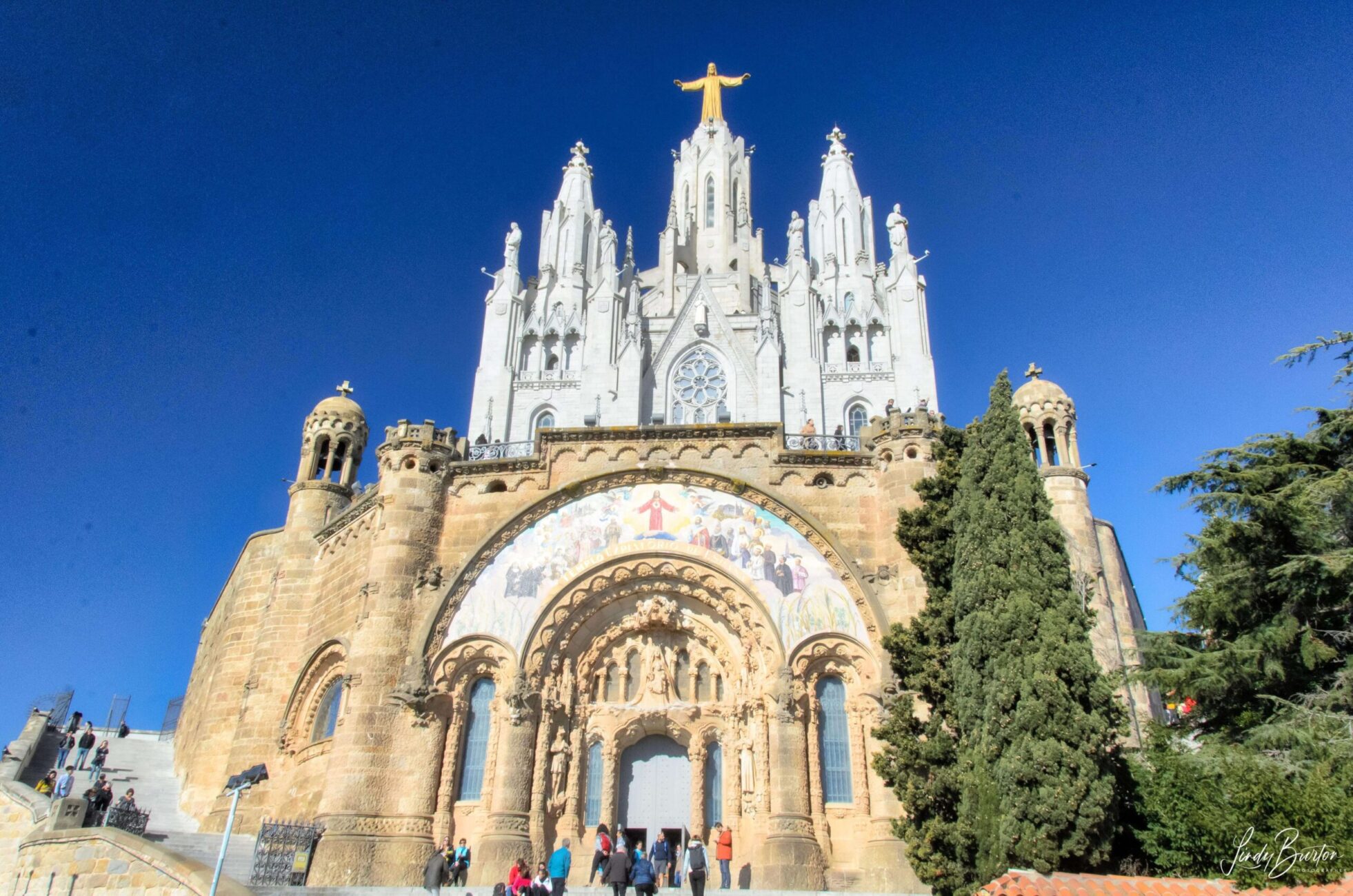 The bunk above me obviously had an early flight because she was up at 4.30am, turning on lights, leaving taps running and generally crashing about.   So I got up early and went to Casa Battlo. The outside of the building is gorgeous, the lizard on the roof is amazing and there are some really cool features in the apartments. If you didn’t have the audio guide to talk you through it, you’d never see where the inspiration came from – the mushroom inspired fireplace nook, the handrail on the staircase that is like a spine, the window that resemble turtles – an incredible artist.

I finally wondered to Placa de Catalunya and to the top end of La Rambla. There was a strong police presence at the start of La Rambla (it was only 2 months since the terroist attack there) however they were only cops I saw. Lets see if I can describe La Rambla. There’s a row of shops with a footpath, a single lane road, a huge pedestrian boulevard, a single land road going in the opposite direction, another footpath and more shops and the place is absolutely heaving. At the start the stall are guys selling rip-offs (bags, clothes etc) displayed on a blanket, then it became stalls with plants and flowers, then tourist shops, and restaurants and cafes and back to tourist shops.

Stopped in at the main market, La Boqueria, it was great with so many food stalls that you couldn’t get near because the place was heaving. While I could ask the stallholders what something was, I couldn’t always translate their answers but there was tasty looking food.

From there I wandered down to Miradir de Colom (Christopher Columbus monument) and decided to catch the HOHO (Hop on Hop off) bus. Barcelona is huge and this way I would get to see things that I didn’t have a hope of seeing on foot, even if I didn’t get off the bus.

I got a two-day ticket, so I could do 1 loop today and a different loop tomorrow.

Had to laugh at the three young Spanish girls (probably 15 years old) that were sitting up the top of an open topped double decker bus and they spent the entire time taking selfies and trying to make their hair look fabulous. They didn’t look at the sights. I really struggle with everyone constantly taking selfies. I understand the occasional one but since when does every photo have to your head in it.

Back at the hostel I spent the evening working on photos, trying to catch up with the Camino one and I just keep adding hundreds of Barcelona photos.

I’ve come to conclusion that teabags in Spain suck….I’m having to double bag just to get anything resembling normal strength.

The trip to Tribidabo required the HOHO bus, a regular bus partway up the hill and the funicular to the top, which houses an amusement park and a church with a huge statue of Christ on top of it. It seems obvious to put a fairground next to a church!!   The amusement park is one of the oldest still functioning amusement parks in the world, built circa 1905. The park winds its way down the side of the hill with dozens of rides, some the same as when the park originally opened.

The church ‘Temple Expiatori del Sagrat Cor’ (Temple of the Sacred Heart of Jesus Tibidabo) has the crypt on the lower floor terrace and the church with its bright blue mosaics on the upper terrace, which had amazing views over Barcelona. Standing at the feet of Christ (the statue) involved climbing a steep staircase and standing on a very narrow terrace which felt like it had a slant to it which was very unnerving and it didn’t hang around too long however the view was worth the fear.

I jumped on the HOHO bus again, this time stopping off at Barceloneta (the beach) for a late afternoon stroll and decided to dip my toes in Mediterranean Sea, which it actually isn’t, it’s the Balearic Sea but that’s just a technicality. So I walk along the foreshore for a bit and find stairs down to the beach and not wanting to get sand in my shoes, I take my shoes and socks off at the top of the stairs. But the stairs are metal and cold and I get to the sand and it’s cold, hard packed (could have left my shoes on) and very gritty and hurty. So I get down to the water and dip a toe in…..not too bad. Then I let a wave wash over my ankles and it’s cold, cold, cold. I decide I’ll walk along the waters edge to the end of the beach but I wasn’t paying too much attention and when I get to the end I kind of have to climb over a sand wall to get back up the beach and again, it’s all hard and gritty and still hurty. Note to self – you are not in Australia, beach here are very different. There’s a gym area on the beach and all the boys are showing off; shadow boxing, pull ups, even one guy doing a side plank which was actually kind of impressive.

Stopped off for hot chocolate and churros before getting the bus back.