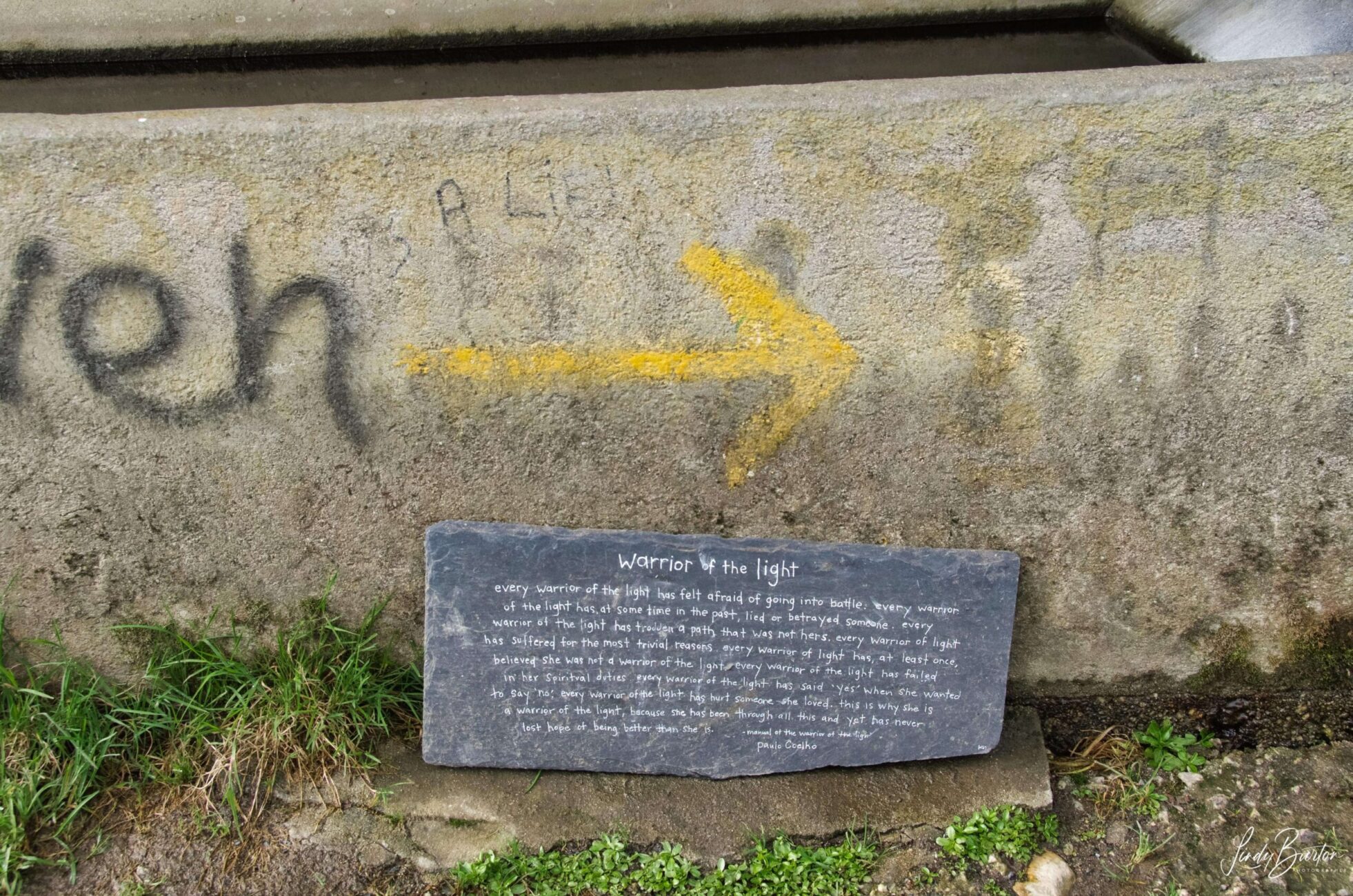 I’ve been walking for all of 15 mins and have already stopped for a cuppa at Ventas de Naron. I’m obviously not planning on over-extending myself today.

I’ve also come to the conclusion that the only good thing about Portomarin was leaving it. I can’t complain out the accommodation, it was very modern, very nice and one of the biggest showers I’ve seen but there was nothing redeeming about the town whatsoever – except maybe the bridge coming into town. If the church had been open, it might have changed things slightly.

I saw the sun and blue sky for a couple of minutes but it came over cloudy again….oh well. It’s an uphill, down hill, sun out, dark cloud kind of day. A little bit of everything day. I got greeted today by a lovely old labrador that was looking for pats and I was only too happy to oblige. So when a bit further on when a little terrier like thing comes running out to me, I was ready to go in for the pat and the little shit starts barking its head off. Well, at least it wasn’t just me, he went nuts at everyone behind me as well. Given the number of pilgrims I saw this morning, he ain’t going to shut up anytime soon.

Lots of walking through hamlets this morning and past what I can only assume is boarding kennel because there were dozens of yapping dogs and what sounded like a really big dog having a good howl. Good thing there were no other buildings around, the noise would have driven me nuts.

I thought I had about 6kms to go but either I’m walking faster than I think or the distances in the book are way off. I had to phone the hotel to come and get collect me and I was staying at a spa about 10kms out of town. The place is in such a lovely setting but it would have been nice to have known beforehand that it was a spa because I would have bought bathers, so there was no bathing for me. I did however manage a full body massage. So I’m lying on my front and she picks up my foot and starts massaging and I couldn’t help myself but I start giggling because it felt so bloody good. Not sure that the masseuse understood what I said but it was amazing all the same. I would have been happy if she’d just kept massaging my feet but the rest of my body didn’t complain.

It wasn’t a big photo day but the slate reads: