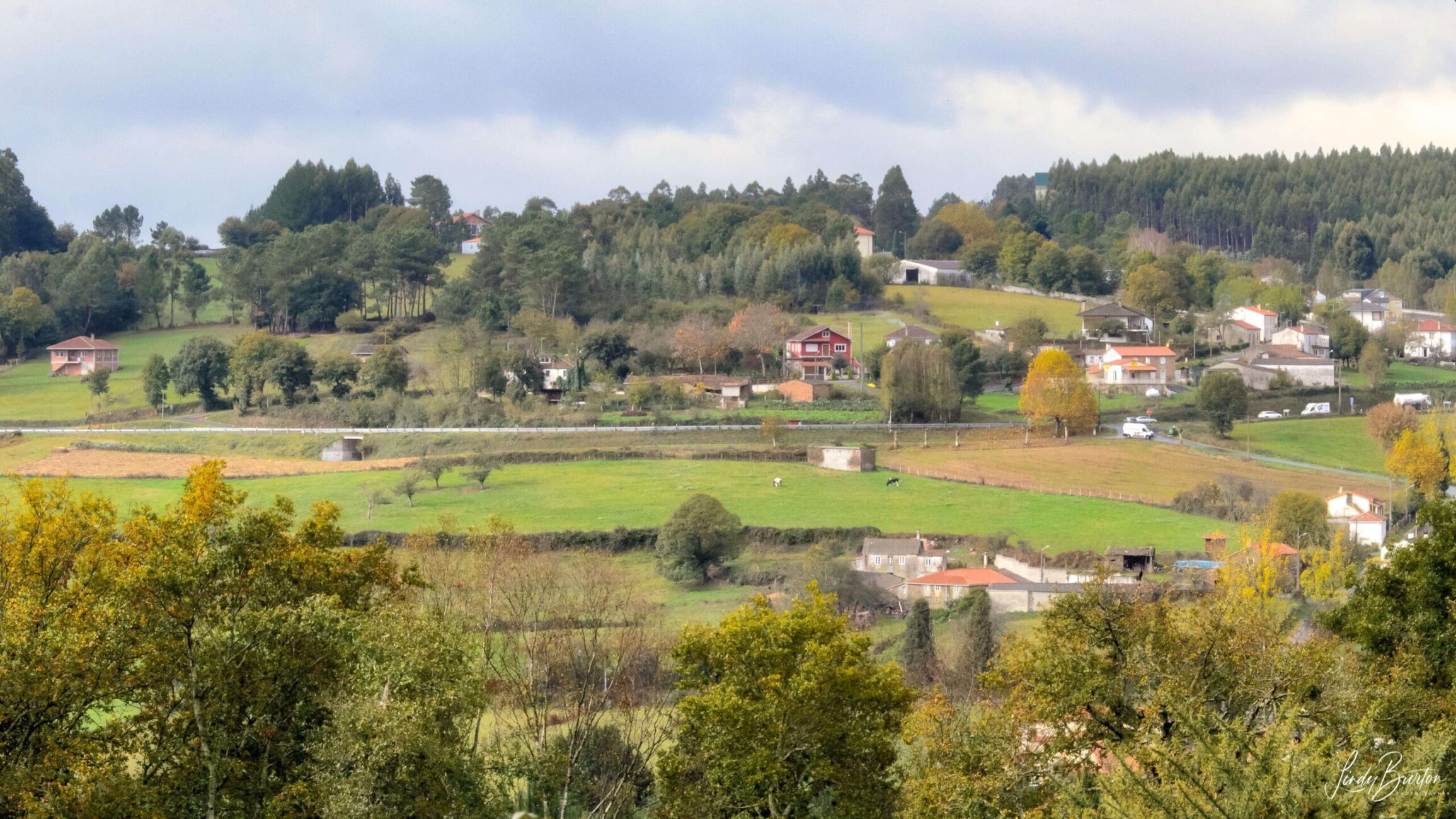 Another short day. This time 15kms and again, cool and in light rain. I had been disappointed that I hadn’t seen a church that was open for about 5 days and after last night, really needed one. Something I’ve been doing for years is that when I go into a church, I light a candle for Mum and Dad. Given how many churches I’ve been in on this trip, there is a distinct hole in the ozone over Spain at the moment for the number of candles I’ve lit for them. So after last night, I was felt the need to light a candle and I happened to come across a very, very old church just on the outskirts of Melide.

The caretaker/historian (not sure what he was actually) was just finishing setting up a table with biscuits and I wandered in, sat in the back row and bawled my eyes out. It wasn’t going to be his day. He must have noticed my distress and came over offering a cup of coffee, to probably the only person that will ever sit in his church that doesn’t drink coffee. A bit later on he came back, leant over and gave me a side on hug and I totally lost it. That started a barrage of sobbing…..ugly, ugly sobbing.

I had thought his English was better than it was and after I calmed down, I went over to him to thank him and told him my father had died last night. And you know when someone doesn’t understand you and does that strange little laugh kind of thing and I knew he hadn’t understood a word I’d said but I couldn’t be bothered trying to translate it into Spanish. But he hugged me again and went into his spiel about the church and how ancient it was and hugged me again and after I’d done a quick walk around the church, he hugged me again on the way out. It was only 9am and I felt that was the worst his day could get. Poor bugger, I felt so bad for him.

More lovely walking this afternoon with more light rain but I couldn’t be bothered dragging out the raincoat. I can’t believe that after 750kms I still hate hills and today has lots of small ones. A steep descent into Ribadiso, which seems to have two sections to it. I thought I’d reached Arzua only to find I was still in Ribadsio….not happy Jan.

Arzua wasn’t too much further on but I was getting hungry, so stopped in the town and had a grubby hamburger from a grubby shop and then trudged another 1.5kms in search of my accommodation, which was a beautiful historic rural hotel built in 1742.