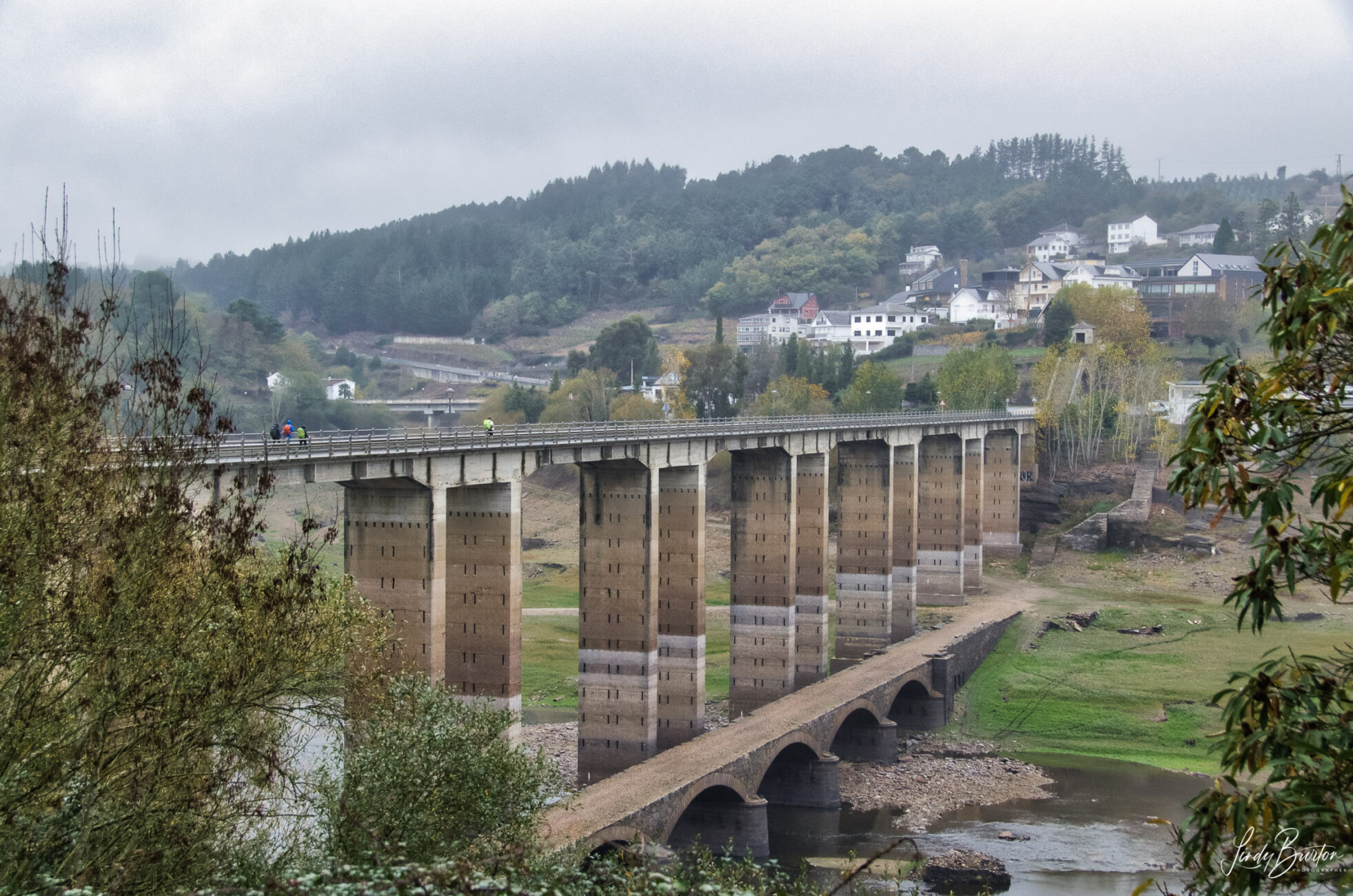 To get a compostela (certificate) at the end of the Camino, you have to have walked at least 100kms. Sarria is either 112 or 116kms (depends on who you talk to) from Santiago de Compostela and because of that the Camino gets significantly busier from this town. Very early in the Camino I was told by a guy doing his 4th Camino, that from Sarria onwards was very boring. I was surprised that he would even say that to someone doing their first Camino but I also found it to be very wrong. The scenery from Sarria was beautiful with wooded paths but the villages were no longer the quaint medieval towns that I was used to and it started with Sarria.

It was really bloody cold and thick fog, which lasted until lunchtime. I finally headed out about 10.30am and was shocked to see a couple of dozen fresh faced, clean looking pilgrims with new unused looking gear, only just heading out of town. I’m used to the early starting, tired and grungy looking pilgrims that look like they’ve been walking for weeks. I can only assume they’ve just arrived on the train. Because smile and wish them a Buen Camino as I pass and they look at me strangely as though I’m just a tourist because I’m not in my scummy walking clothes, just my scummy day clothes.

Sarria is a bit of an odd place. I went to the monastery and rang the bell as the sign said but the monks must have been sleeping in and didn’t answer the door. The castle was fenced off, so couldn’t get into it. The lookout is a bit of a fail because of the thick fog but the market was open. It was mainly clothes and places selling freshly cooked octopus (if you like octopus). In the hall, there were a few cows for sale at one end and at the other end they were selling veggies, meats and cheeses along with live rabbits and chickens. And I laughed at how Australia would have a field day at the live animals and produce being sold in the same building and dogs being allowed in food shops and eateries. Europe has been living like this for hundreds of years and it’s not killing them but we seem to be too precious.

I walked into the ‘new’ town of Sarria and got a bit lost and sadly, found most of the people unhelpful except for one kind lady, who helped me with direction. Sarria isn’t a modern town, there are very few new/modern buildings and I didn’t come across anywhere near as many eateries as in other villages. I spent the rest of the afternoon perched on the bed working through my photos (now that I have a laptop charger).

I skyped with Mum and Dad this morning, it was really hard to see Dad like that and would be the last time I would speak to him but I’m doing what he wanted and finishing the Camino. Knowing that he had had enough and was going to refuse further treatment was playing on my mind and it was morning where I wanted to walk alone. The Camino has a way of providing what you need, rather than what you want so I was, of course, surrounded by people and got chatting to a couple of guys that were, not only from Australia but actually from Adelaide.

My messed up head aside, it was an absolutely beautiful walking this morning in the fog along gorgeous wooded paths and so many photo stops. I was a bit worried that there wasn’t going to be anywhere to get food but an enterprising lady has set up a food stall in her driveway with beautiful fresh, still slightly warm, cake. The cafe in Ferrerios happened to be open and the chicken bocadillo was really terrible but I was starving so ate it all the same.

The walk from Ferrerios was a bit of a trudge and I’d kind of had enough by that stage but still had just shy of 10kms to go but thankfully it was nearly all on dirt country paths.

Going through some of these hamlets, if they can even be called that, are just a couple of houses and a few farm buildings. I have to wonder if it drives them nuts having thousands of people walking right past their back door or front door for that matter. I always smile and say hello and some reply but not all and I can imagine they are over it.

It rained this afternoon, very light but enough to make me drag out the raincoat. Coming over the bridge into Portomarin was pretty amazing. It’s so high up and I was trying to walk and look over the edge at the same time, it was almost a vertigo moment.

Went for a quick walk around town. It was quick, purely because there wasn’t much to see. The church looked impressive but was closed. My feet are sore and my knees aren’t happy but it was a 23km day with an ascent of 470 metres and descent of 585 metres.