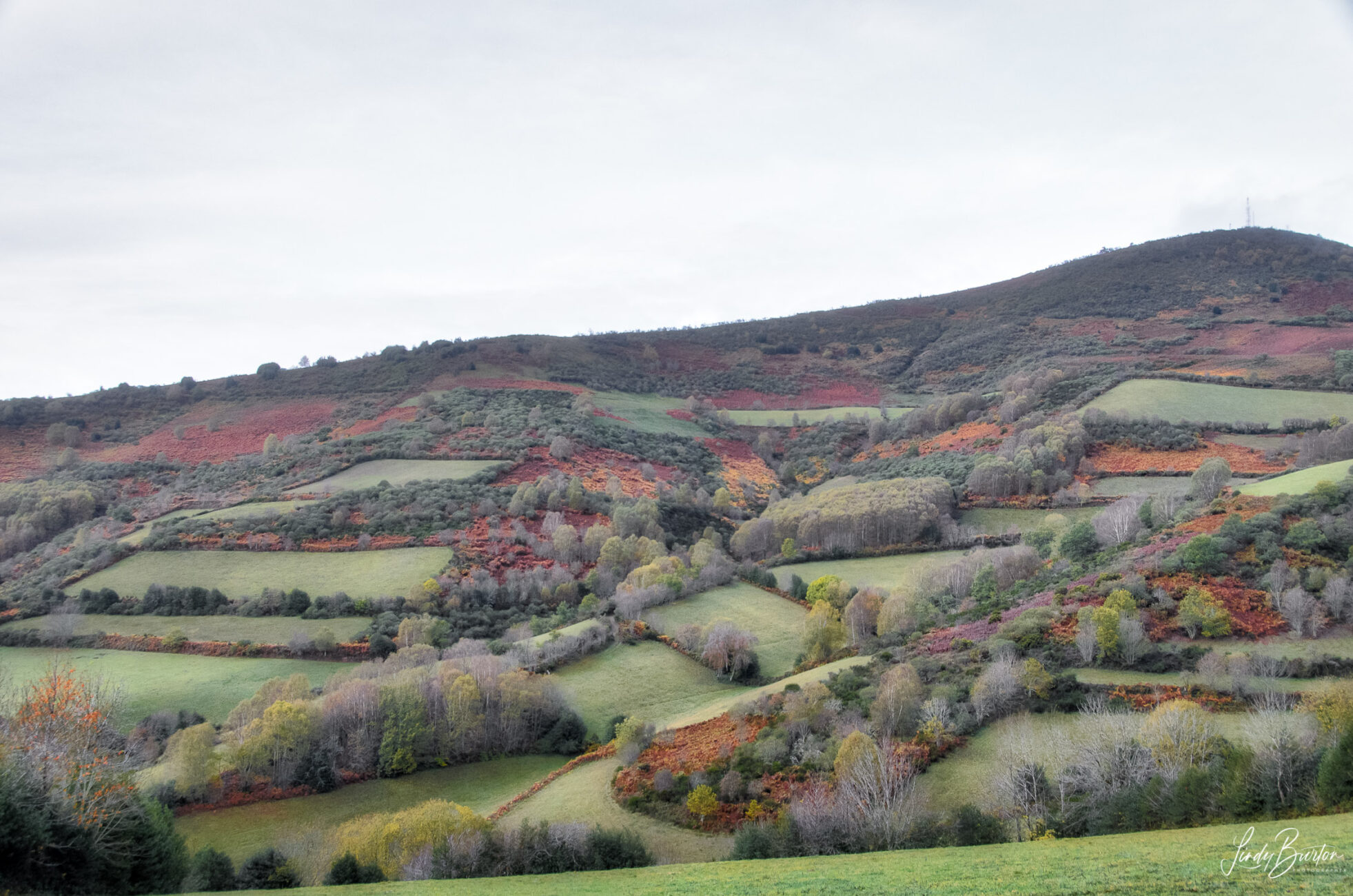 Leaving O’Cebriero the entire village was cloaked in cloud although by the time I finished breakfast, the cloud was lifting and the views looking down the valley were amazing.

The Brierley Bible made no mention of any uphill climbs today so I was less than impressed and was doing some serious cursing an every incline I came across. I did enough of that shit yesterday, I thought I was in for a cruisy day today. But at least it wasn’t raining, just the occasional light spit however it was overcast all day.

The village of Linares was pretty much closed, so stopped at Hospital de la Condesa for something to eat. Tuna empanada wasn’t what I had in mind for breakfast so a packet of chips and a cuppa was going to have to suffice.

Alto de San Roque with its statue of San Roque in his tunic and sandals with head down, leaning into the renown Galician wind was impressive with awesome views. As I walked up to the statue, I had a laugh out loud moment when I saw that people had put bandaids on his toes and heels (and that might just be a pilgrim joke and not really translate).

The climb up to Alto de Poio was unexpected and challenging. The lunch break in Fonfria was cut short by the dark clouds coming across and it was 1pm with another 8kms to go.

The walking was beautiful on fabulous paths and lovely woodlands but the extensive steep downhill took its toll on my feet, knees and legs. It was 21kms that was harder than I was expecting and being in cow country there was a lot moo poo dodging.

I realised this morning that I’ve been walking for nearly five weeks and it seems like about two. I’ve also realised that my total and complete responsibility for the day is the walk from A to B and the food and water myself. That’s it. It doesn’t matter how I get there or how long it takes, that is all I have to do. It’s quite an amazing way to live and I wonder how I will feel getting back to everyday life. I fully understand why people come back to do the Camino repeatedly because this lifestyle of no responsibility is an addictive way to live.