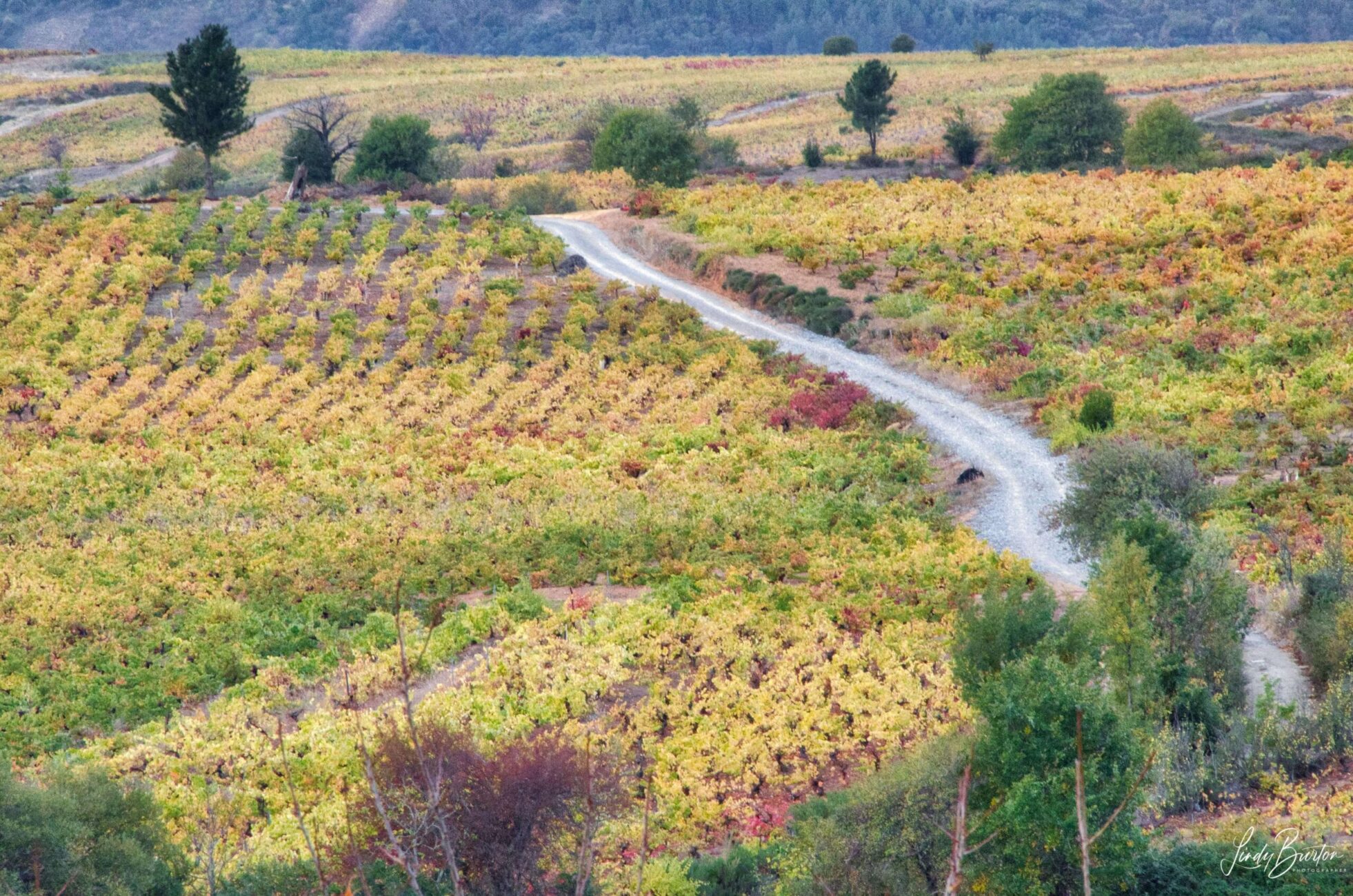 Today was meant to be a manageable 22kms through Ponferrada to Cacabelos and I knew time was going to be an issue because I really wanted to go to the castle at Ponferrada and it didn’t open until 10am. I inadvertently took the alternate route into town and then missed a turn off in the old town so wasn’t off to a good start. Checked out the Basilica de la Encina and by the time I got to the castle, it was already very late morning and I spent quite a while there.

Yet again, I managed to take the alternate route out of town, which ran through a park alongside the river. I needed to find somewhere to eat, an ATM as I was very low on cash for the next week and I was going to need a taxi as by this time it was 1.30pm and I still had 16kms to walk and there was no way I was going to make it before dark. I hadn’t seen another pilgrim for hours and for the first and only time on the Camino, I was feeling uncomfortable where I was walking. I didn’t want to back track but didn’t have much of an option so took the next road that lead to major road and found my way back to town along main roads and was able to ask at a shop for directions. It was then that I noticed the scallop shells on the footpath that I should have been following and not the arrows that I followed (the same arrows that I’d been following for hundreds of kms). Got the taxi to drop me at the next town which was 6kms away and stopped for lunch and walked the last 10kms. The section I missed, was walking alongside the road through what appeared to be almost extensions of Ponferrada. The main road is full of empty shops and buildings for sale with only random shops actually open for business, yet there is new housing developments going up everywhere.

Getting through the built-up areas to open country was really pretty and I’m finally seeing the autumn colours I’ve been waiting for and missing. I had a bit of photo-mania with all the trees…..as you can tell.

Cacabelos is much bigger than I expected and the hotel is lovely and oldy-worldy with a beautiful shop.

Today I realised that I’ve been walking for just over a month. I find it so hard to believe, it really doesn’t feel like that long although my feet are saying “Are you fucking kidding me?”. But to think in only two weeks I’ll be in Santiago is amazing. I just have to make it through the next few days as get up the hill to O’Cebriero is my concern.

That’s got to be the bed nights sleep I’ve had on the Camino. Shame I can’t say the same about the food. They were trying to be very fancy and didn’t succeed. Today is Nov 1 and I think it’s hunting season. There are dogs barking and rifle shots going off all over the place (a couple of them where a little too close) and as long as they aren’t hunting pilgrims, I’m okay with that.

I was plodding along and could see Villafranca off to my left, so was a little bemused when the arrows took me off the road and on to a dirt path to the right which had me winding my way through vineyards and climbing to well above the town that wasn’t Villafranca. The Camino is funny in that you can very rarely see where you are headed, it bends and turns and except for the odd occasion you have no idea where you are going. Probably a good thing, it makes it less scarier is you can’t see what’s up ahead.

I was starting to think I was on the wrong path and had somehow missed an invisible turn off as I hadn’t seen any way markers for a long time. As usual, when in doubt, the Camino provides and there in the middle of a vineyard, right by the path is a very enterprising sign for a taxi service. Guess I was on the right track. I eventually walked down a hill to a beautiful old village set in a valley.

Walking past the old church, there were a lot of people about and I wondered if there was a funeral. Later, after meandering the town, I realised it was All Saint’s Day, hence the people at the church and was a holiday.

The hotel is lovely, at the top of the village and I was welcomed with the best cup of tea I’ve had yet on the Camino. Again, it’s another village where the building are falling down and deserted, yet in a square where nearly everything is derelict, there are couple of nearby buildings that are almost immaculate and obviously lived in.

I was thinking today that I’ve been surprised by the architecture in Spain, that it doesn’t look like what I expected. It took me a while to work out that my expectation of what Spanish houses look like comes from tv shows like ‘Escape to the Continent’ and ‘House Hunters International’ and most of the houses are on the coast and have that distinction Mediterranean look and what I’ve seen isn’t that.