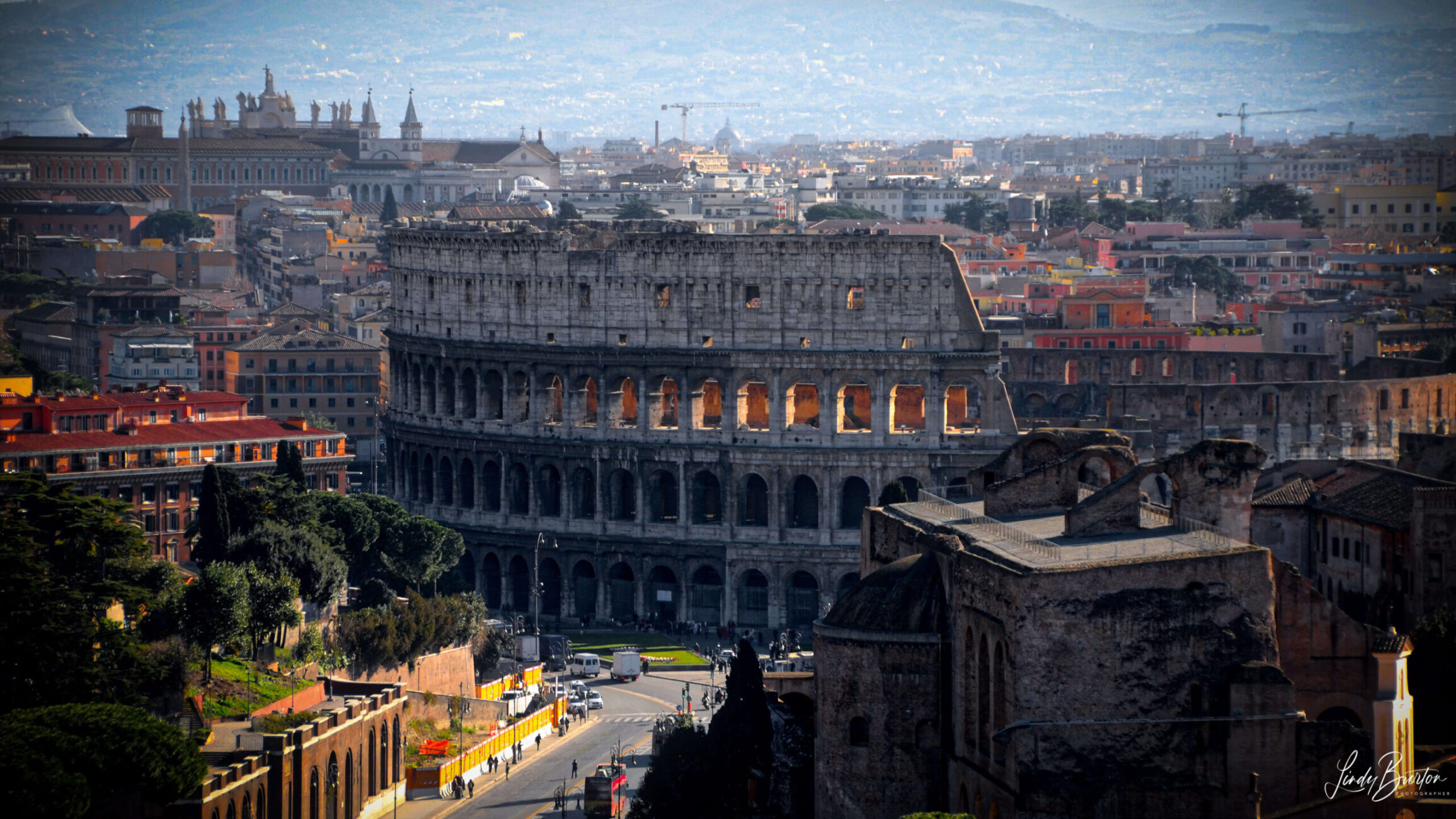 Very sad to be leaving Venice but I know I’m coming back so that makes it ok.  I’ve definitely taken a shine to this place.

The last couple of days have been really cold (not sure of the temperatures but only around the 5 mark) and has been very foggy.  It felt like the sun didn’t properly come out.  Yesterday was the first time I wore a lot of layers and my fingers were frozen. I retract my earlier statement about everyone being wimps.  I’m looking forward to the relative warmth of Rome (all of about 10 -15….woohoo).

So, what have I been doing the last couple of days (this also acts as a reminder for me as much as it may be long and tedious for you).

Sunday was one of those days where nothing went as planned but you get those even on holidays.
Murano – known for it’s glass blowing, did nothing for me and I spent the time there simply being frustrated.
Burano – known for it’s lace making however was lovely as all the houses are painted bright colours, it’s very pretty and very peaceful.  A heavy mist started rolling in on the way there (about 30 mins from Murano) and kept getting thicker and thicker.  I was wondering if the boat would even be able to drive in it but he managed somehow.
Peggy Guggenheim Collection – this is modern art with the likes of Picasso, Dali, Gorky, Mondrian, Kadinsky, Jackson Pollock etc.  There were a couple of pieces that I really liked but a lot that did nothing for me.

I didn’t have much on the list for Monday but wanted to make sure I crossed everything off…..bloody over achievers.  Even though I’ll be back for Carnival, I wanted to do all the sight seeing stuff on this trip without worrying about doing tourist things with a million other people.  There’s only 2 things I haven’t been able to do, going up the Campinale which is under going restoration (not much I could do about that one) and going to the top of the Clock Tower which was a stack of misinformation so I missed the tour.  I’ll see if I can wangle it when I come back.  Other than that I just want to enjoy the spectacle that is Carnivale.

Accadeamia Galleries – absolutely amazing, incredible artworks from Bizantine and Gothic fourteenth century to the Renaissance, Bellini, Carpaccio, Giorgione, Veronese, Tintoretto and Tiziano until Gianbattista Tiepolo and the Vedutisti of the eighteenth century. Obviously, a lot of religious paintings, both brutal and beautiful and really massive pieces of work.  It’s hard to work out how they actually painted them.  I find it really hard to compare the likes of the modern artists against the Renaissance artists.  I mean Jackson Pollock throwing some paint on a canvas and claiming its the angst he felt at getting an other ipad for his 8th birthday instead of a skateboard (okay I’m making all that up, they didn’t have ipad’s back then) against the amazing detail of these artists…there is no comparison. That’s my soap box on art….class dismissed.

St Mark’s Basilica again – I’d missed the staircase that went up to the balcony but at the same time missed a whole exhibition up there.  I thought the ceiling was painted but it’s all mosaics…even more amazing.  And while it said no photos, which goodie two shoes me always abides by, when a large group of Japanese were blatantly standing there snapping away, I had to join in…..but I didn’t use the flash.  And of course, there were those views from the balcony.

Santa Michele (Cimitero) – I had time to kill, so jumped boat and went to the cemetery island..all puns intended.  It’s a massive island and I was surprised that they actually bury people there being that it’s a man-made island but it gave me the willy’s after a while because I was blindly meandering and wondered if they check the island before closing it for the night.

La Salute Church – the church of Santa Maria della Salute – this is the church that you see coming down the Grand Canal.  The really lovely thing about this church is they don’t charge an entry fee and they allow photos without flash….I don’t need to be told twice, so snap away I did.

La Fenice – the Fenice Opera House, given that I’d read a book about it burning down and how they went about rebuilding it, I expected a much grander building.  It took a bit of finding and it was closed so wasn’t able to see inside.

But I want to tell you all a bit about Venice rather than just where I’ve been.  I’m really surprised by the number of people that have dogs and not just those little white fluffy things and smaller, I know I’m so going to upset a whose host of people but real dogs – German Shepherds, Dalmations, Bulldogs evens a St Bernard.  Given that the only parks are on the other end of the island, I don’t think these dogs get to run very often.

San Marco Square is full of pigeons, sea gulls and something that looks like a seagull on steroids.  I can’t work out why people want a whole bunch of dirty skanky pigeons crawling all over them but for some unforeseen reason they do, so the square is full of them.  I can’t work out whether they are simply flying around or playing mass games of chicken but damn they come bloody close sometimes.  And I managed not to get pooped on….this time.

I haven’t noticed many fat locals, only fat tourists and I was thinking there were no fast food outlets and then sadly stumbled upon McDonald’s (the only one in Venice) although it wasn’t doing a very good trade.  I don’t know if it’s because they don’t have the luxury of jumping in their car and driving to the shop, so obviously have to walk to and from the shops so therefore they probably shop more often because they can only carry so much, which means they are naturally fitter.  Given the number of fabulous pastry shops just oozing with delicacies I’m surprised they aren’t bigger.  Maybe they just fattening up the tourists. Breakfast is a croissant and danish bonanza.

The canal is incredibly clean, clear and a lovely blue colour with very little rubbish.  There is an inordinate amount of traffic, not just vaporettos (ferries), but also water taxis, delivery barges, construction barges etc etc but none of the boats are going very fast.  There must be a street directory of the canal system because I saw a delivery barge driver flicking through his while he was driving.  On Murano the other day, I took my lens cap off with my gloves and dropped it and of course it rolled straight into the canal.  Thankfully it floated but I had no hesitation of sticking my hand in and getting it out.  I wouldn’t even consider that in the Brisbane River, I’d just chalk it up to a lost lens cap.  To sum up the cleanliness of the canal, if there was a beach, I’d swim in it.

I’m on the train to Rome seeing some very rural parts of Italy, almost medieval like building and some huge hills.  But ready to kill some Americans that are sitting a few seats up.  They did nothing but whinge when they got on board because they couldn’t work out which was the window and aisle seats and they’ve been carrying on about how much easier it is in America.  They’ve got those really loud whiney drawling voices and I’d just love to slap them.  And while I’m at it, the Americans don’t seem to immerse themselves in the culture.  I has lunch at a small teahouse in St Mark’s Square, that cost an arm and a leg  but knew it was going to (I was prepared for 8 Euros for the sandwich but 7 for the coke was a bit much) and I managed to order my entire meal in Italian.  Okay the waiter could obviously tell I’m not Italian but he wouldn’t have known what nationality I was however the American didn’t even try, they just go annoyed that they didn’t have French Fries (I kid you not). While I’m having a good diatribe about the Americans, this doesn’t apply to the many nice ones that I know, just the annoying ones that are travelling around Italy.

Wow, just went from bright and sunny to heavy fog.

I’ve put some more photos in the Venice section.

exceptional photos once again! you are Amazing at your craft Lindy,im just so blown away by how and what you capture through a camera lens…..xx

Hi Lindy
Happy Australia Day!
It’s Friday afternoon after Australia Day and very quiet here at work. I have just read all your blog and checked out the photos. I’m going to Venice!! ASAP!!! Helsinki looks nice but Venice just does it for me. My favourite photos are of the bike against the wall (reminds me of a firing squad wall) the mosaic ceiling was double amazing, but the Juliet balcony with the green doors is just adorable. I might have to pinch that one from you. What happens behind the wooden doors in the bridge picture in image 57? Keep the photos coming. All is well here. take care, Robyn

Hi Robyn
Glad to hear it’s not too busy. Although I have been keeping an eye on the rain. The bridge is the Rialto and the doors are the back of the shops that line the bridge. Given it’s so famous, I was kinda expecting more. But Venice is absolutely beautiful, I loved loved loved it and am so happy that I’ll be back there before I leave Italy.

Fabulous photos as always – I’m very jealous you are having so much fun and I’m stuck in Brisbane with my project documents and spreadsheets.
Here’s a tip for your return to Venice – go to Santa Maria dei Miracoli church in Cannaregio. The neighbourhood is lovely and I found a Carnival shop just near the church.
Last October it wasn’t the Americans who drove me nuts, it was all the eastern Europeans and Russians. They’ve just discovered mass tourism and it felt like they were stalking me.
Enjoy the rest of the trip.

Thanks for the tip Tina, I will definitely check it out.