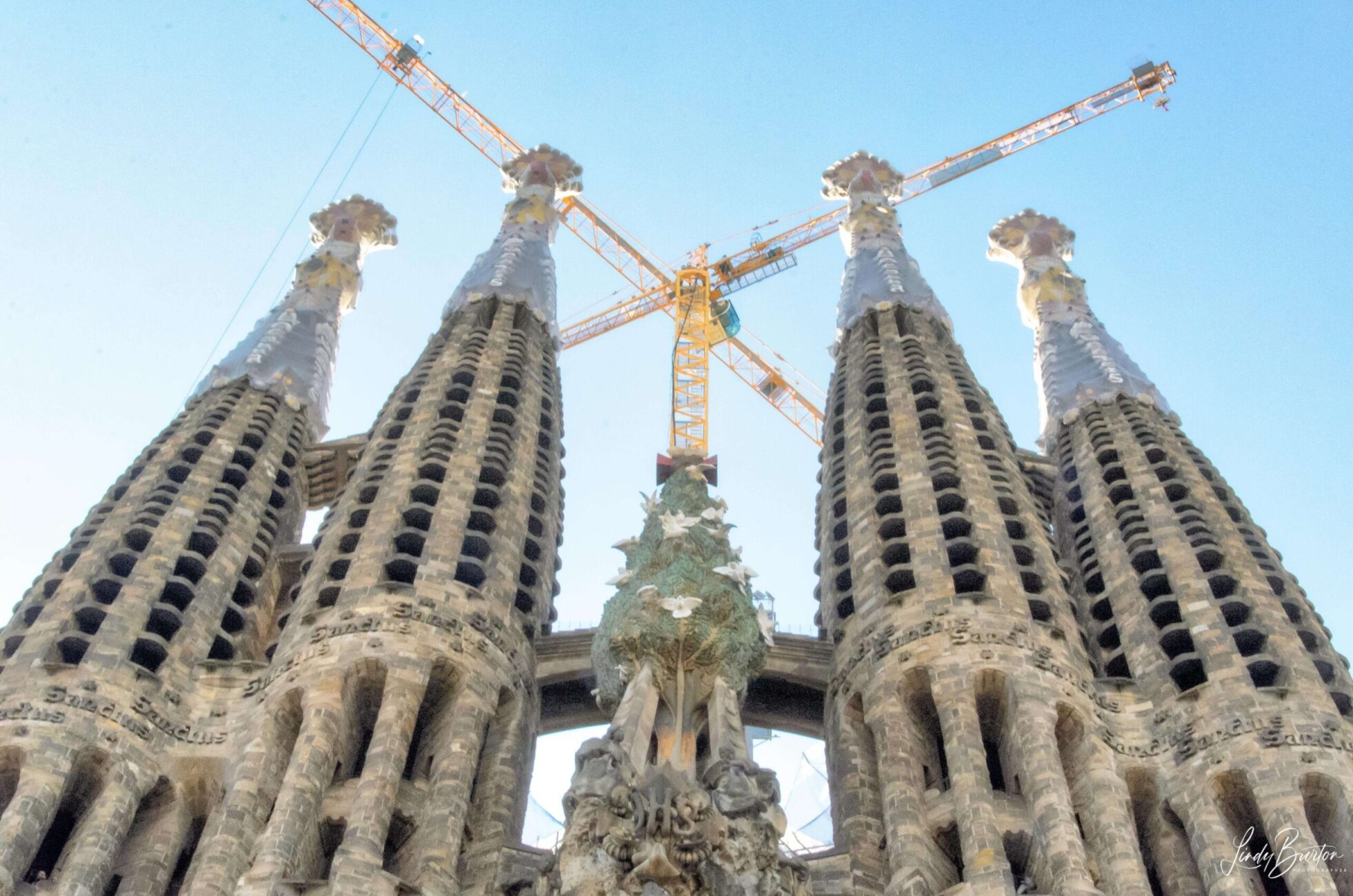 Another of the roommates left at 4.30am. She did it relatively quietly but left all the bloody lights on…..not impressed. Had a quiet morning doing washing and packing my bag for my early flight tomorrow. The Camino photos are nearly done but haven’t started on the hundreds of Barcelona ones….oh yay!

Had lunch at a restaurant opposite Sagrada Familia before my allotted tour. It’s such an amazing building. The two facades, the Nativity (completed by Gaudi) and the Passions of Christ are so different even though the Passions side was built to his instructions. The Nativity is so decorative that it looks incredibly busy when you look at the whole. It’s not until you stop and actually look at the individual scenes that you see the beauty of it. There is so much to take in. No surface is left untouched, from the leaves over the doors, to the forest of leaves and insects and small animals that grace the doors themselves.

And then I walked in. And I cried. It was so beautiful. I have been to a shit load of churches, basilicas, temples, cathedrals in my travels and while a lot of them have been amazing and breathtaking, not one of them has come even close to invoking an emotional reaction, let alone tears. It was the sense of light and space and the colours. And yet, this is a church that is packed with people and has so much going on.

The playing of light with the stained glass is mesmerising with cool colours (blues /greens) on one side and warm colours (reds/yellows) on the other. The massive columns that stretch up to the roof representing trees of a forest and the leaves on the roof.

While my ticket included going up to the tower, I decided not to partake as I was concerned about the climb down with no handrail for a section of it. The Camino has taken its toll on my knees and stairs without rails is not an option at the moment, besides which I had some pretty amazing views yesterday.