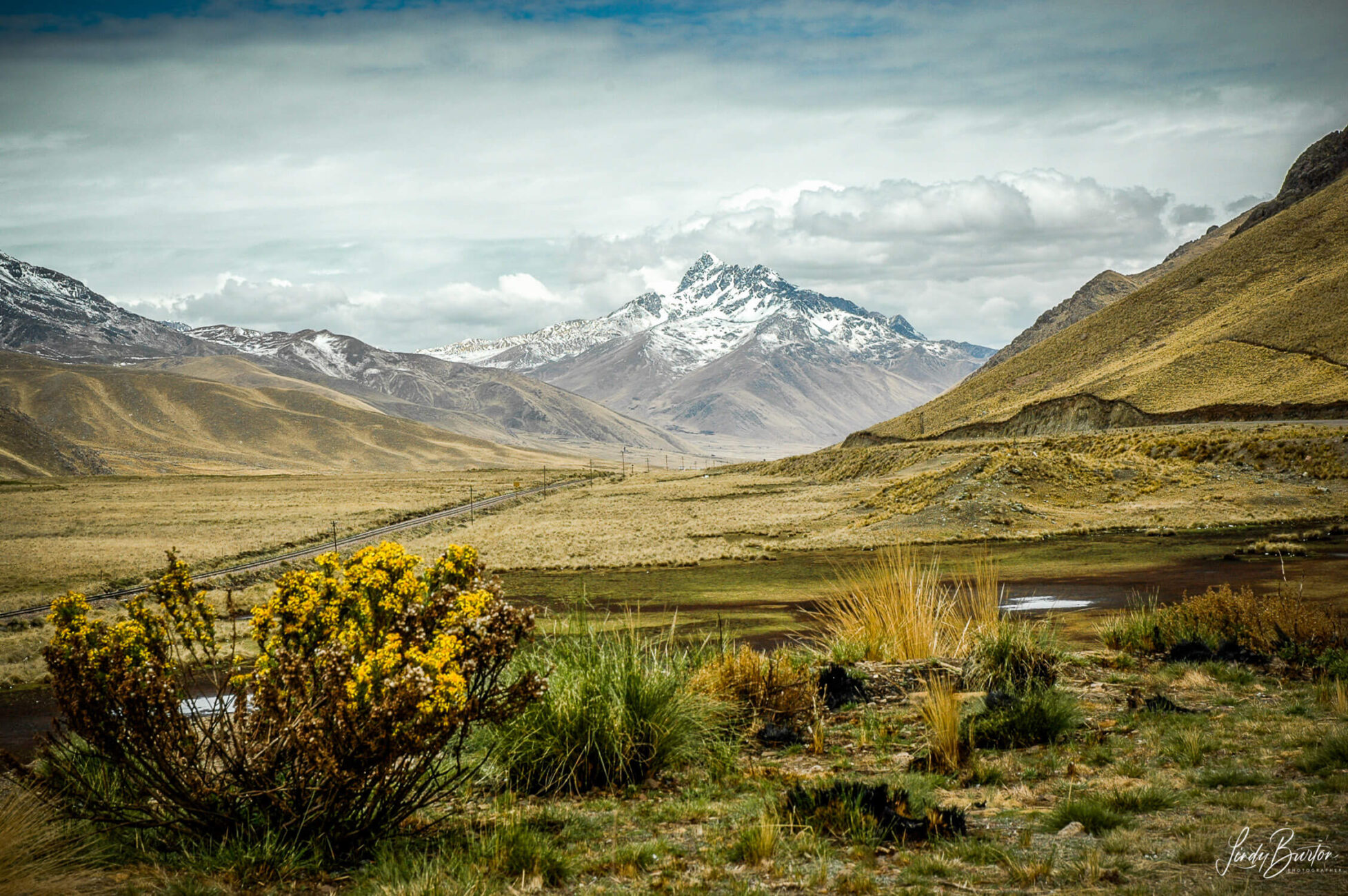 I just realised how far behind I am and how much I’ve seen in the last week so this will be fairly lengthy and I’ll try not to ramble on too much….I said ‘too much’. Great, I’m using a Spanish keyboard with the majority of the letters missing, so this could be really interesting.

Okay, we’d arrived in Arequipa (pronounced Ari-keepa). Went out for dinner that night to just one of the many restaurants that serves cuy (koy) or to us mere mortals it’s guinea pig. Yes you read that correctly. Personally I could think of nothing worse as it’s served whole, yup, head, nails the whole box and dice. I couldn’t even watch then eating it. Just be careful when someone names their guinea pig ‘chewy’. teehee. But they say it tastes like chicken as does everything else so why not just eat chicken. Anyway, Alpaca is also a favourite on the menu’s but they’re just too cute to eat. Most of the group got totally trashed but a few of us went off and played pool and had a relatively early night and arranged to meet up the next morning to discover the city. Went to the Santa Catalina Monastary and got a great guide. The place still has nun’s (some of which are cloistered) but we weren’t able to go into that section. The place is a city within a city and the 2nd daughter of the wealthy families was always sent, but they didn’t do it too hard because they had their own apartments (their wealth depended on how many rooms they had) and servants. It was beautiful spot and very tranquil. Checked out the Plaza de Armas (every city has one) and on to the Museum to see the ‘Ice Princess’ Juanita. She’s an Incan girl that was sacrificed to the Gods and during an earthquake slipped from her burial chamber into the ice and all her internal organs are apparently still intact. It was quite odd seeing her behind 3 layers of glass and caked in ice. Did a bit of a wonder and walked past a few churches and the markets and had dinner at a restaurant on a roof-top overlooking the Plaza. An early night as we had to get up at 3am to head off to Colca Canyon.
Note- have discovered Almond M&M’s – yum.

3am start was pretty horrendous. Got into mini-buses and all went to sleep. Stopped at some high pass around 6am and decided to visit the worlds highest toilet. I managed to duck under the door frame as I walked in but forgot when I walked out. It hurt and given that I’d woken up with a headache, I wasn’t feeling too grand besides it was freezing up there but very pretty. Beautiful scenery coming into Chivay (Chivi) with stepped terraced farmland. After breakfast we headed up to Colca Canyon to see the condors. Gorgeous canyon but only managed to see one condor from a distance (it’s nesting season so they aren’t about too much). On the way back we stopped at a few photo spots and the town of Maca to see the cathedral which had fallen down in an earthquake and it had taken 15 years to rebuild. Yet it only took 8 months to dig out a 500 metre tunnel through solid rock by hand. Got back to Chivay and everyone crashed for a couple of hours. Catherine and I checked out the town (it didn’t take long as it’s pretty small) then we all went to the Hot Pools. They’re around 30 – 35C and set in a beautiful canyon 3kms out of town. Still trying to get the moisture back into my skin.

Didn’t sleep well and felt very rough. Felt like a chronic hangover (and no, it wasn’t) and a splitting headache and can only put it down to altitude. Not being in the truck, I didn’t have my first aid kit with me so had to suffer until we meet up with it mid-morning. We had a long day on the road and I slept for most of it. Was feeling better during the afternoon once the tablets started kicking but still not firing on all 4 cylinders. Most of us were feeling dodgy and we had to stop a couple of times for people to throw up. Getting back to the scenery though, it changed dramatically from the Chivay region to the Cusco region. Cusco definitely has richer farmland and bigger houses. Saw a funeral procession going through San Pedro. Cusco is a large city, very spread out and we came in going on for dusk via the hills surrounding it, so had great views. The streets are cobbled and very reminiscent of Europe. Another early night as I wasn’t 100%.

Didn’t sleep well, couldn’t get comfortable and the blankets are so heavy that I kept kicking them off but at some point I knew I was heading for the loo it was just a matter of where it was going to come from. Ended up just vomiting once but after 2 days of feeling like shit, I couldn’t be bothered getting out of bed. Most of the others were much worse off than me. Decided to sleep the day away (yes I know what a waste) but some bugger knocked on the door every hour. Eventually dragged my sorry butt out of bed at 2.15pm and 11 of us went and played paintball. Poor Lisa got hammered by Brendan at close range (you’re supposed to be at least 5 metres away) and copped a beauty on the temple, even though she had a mask on. I took the easy option and played defence and just sat in one spot and fired from there. Copped 2 mask shots but they didn’t hurt and then just used up all my bullets because I wasn’t in the mood for getting bruised. We all went to an English bar for dinner but didn’t eat much and then watched Lisa and Catherine try to pack for the trek. These 2 have no idea about packing light. They’re only allowed 6 kilos including sleeping bag and therma-rest and they’re taking a fresh change of clothes for each day. I was mildly amused, to say the least. And I’m sure they packed the make-up too.

Great Scott this is going to be an epic. Ah deal with it, print it out and read it at you’re leisure. Sacred Valley – Wow. Went with a local company and our first stop was literally just out of town at the Saqsaywaman (Sak-say-waman) Ruins. Pretty amazing place that is still being excavated and it has great views of Cusco. On to Pisac which is reported to have the best markets in Peru and unfortunately we only got 45 minutes there. I had to change money and that took up 10 mins of valuable shopping time. I didn’t even get to see half the stalls but they were good. Bought a floor rug, an alpaca blanket and a tshirt. Then up to the Pisac Ruins. About 2km trek which nearly killed half of us. Dee and I only got to the top because Sam (our Kunuka tour leader) told us that we got back to the buses via the other side of the hill. The bastard lied and we came back the way we’d gone up, but it was spectacular. On the walk up all I kept thinking about was that I’m glad I’m not doing the Inca trek and that it was just proving how unfit I am. The entire Valley is incredible, beautiful, stunning etc etc. Stopped for a buffet lunch in Urubamba, it was good day to become vegetarian because I couldn’t make out what any other meats were and the colours of the sauce they were swimming in was doing nothing for me. Then on to Ollantaytambo (oh-ya-an-tay-tambo) Ruins. Again amazing and spectacular. Dropped the rest of the group off at the hotel there for the trek starting tomorrow which is now today (for me). I came back on the bus with Sam (tour leader). Beautiful views of glacier covered mountains. One last stop at a Chuch in Chincheros (Chin-ke-ros). It was boring really but a very ornate church with painted ceilings and walls, effigies, gold leaf everywhere and quite a few paintings dating back to the 1600’s (apparently).

Which brings me up to today, whew. Went on a 4 hour horse ride which is an entire blog in itself. Between my very limited Spanish and their very limited English I got through the adventure unscathed. Saw a couple more ruins (I’m just about ruined out although I’ll save room for the biggie). All the riding lessons in the world won’t make a great deal of difference when the horse doesn’t even have a ‘bit’ in it’s mouth, (which to me are the brakes) and the stirrups are adjusted by changing the position of the knot. I will admit that the horse was relatively healthly looking. Went to the English bar for lunch and scrambled eggs and bacon and a cup of tea (I ready to murder for both). It was wonderful, couldn’t even eat it all but it’s the most I’ve eaten in days. Then took myself around town. Went one of the cathedrals and if I’d though the church yesterday was ornate then this was ornater. Then happened to pop in to another cathedral and this one shot the last 2 down in flames. I’m sure the only place that can top it is the Vatican. We’re talking 3 major sections of the catherdral then seperate bits here and there to worhsip to and I do know enough about Catholic-ism. I didn’t bothere getting a guide because I wasn’t really that interested in the why’s and where-for’s but it was truly staggering, they even had a black Christ on the cross.

Anyway, I’m sure that’s enough for one update. I might write more tomorrow and fill you in on the group and things like that.