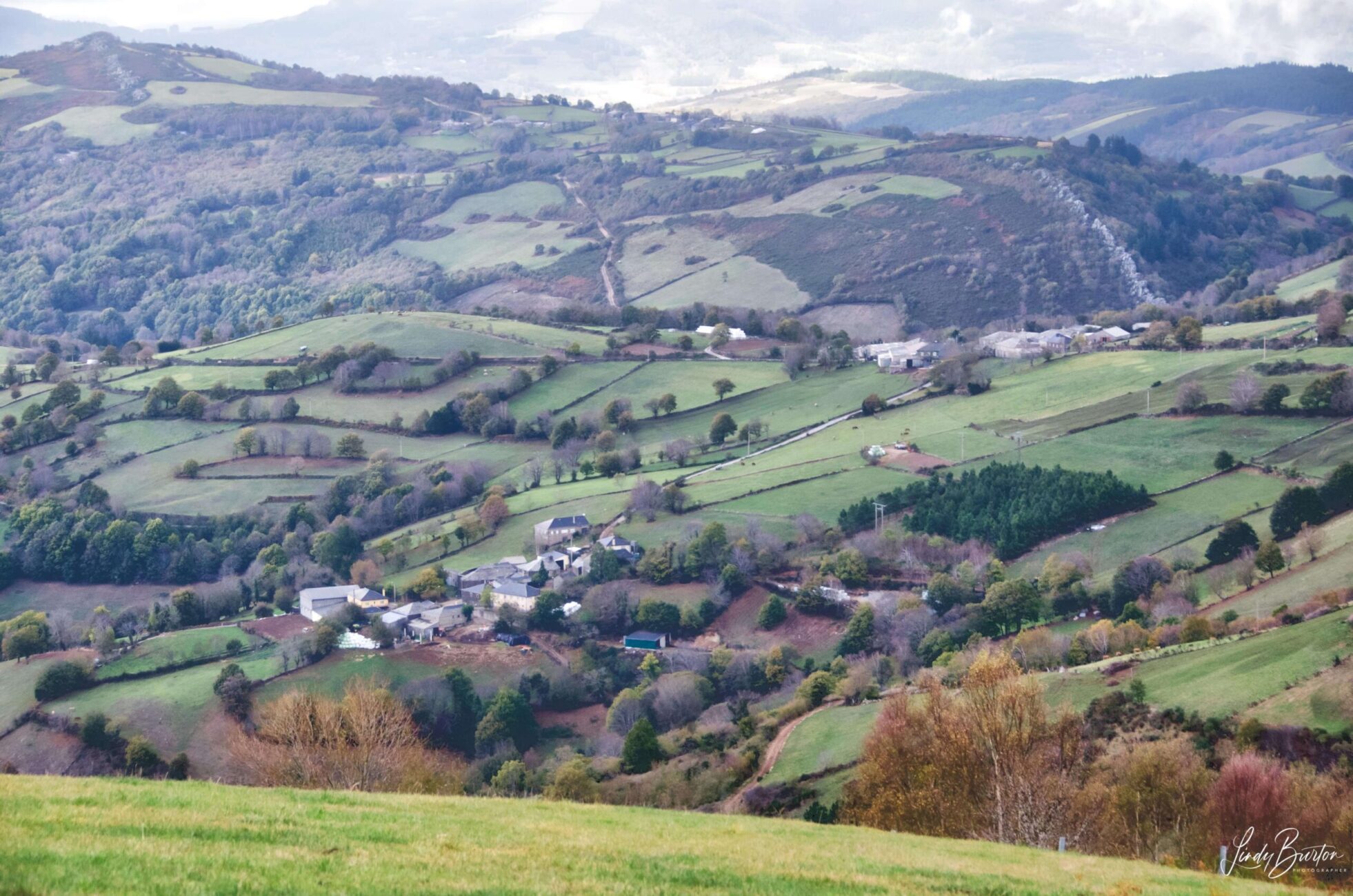 19kms to Sarria on an overcast day. I wasn’t sure about walking today with the steep ascents and descents but it wasn’t as bad as I expected and having such beautiful paths to walk always made things seem easier. The road was slippery at first but it changed to the regular country road pathways where we had to stop for herds of cows.

I was walking with Vince, Stefan and Frederika for a while and they decided to stop for an early coffee but the coffee shop was down a hill and that meant walking back up it so I passed and kept going. Unfortunately, we thought we were further along than what we actually were and it would be another 2 hours before I found somewhere that was open.

Coming down the hill into the village of Pintin, the road was slippery from the rain and one foot slipped and nearly resulted in me doing the splits (thankfully my walking poles saved the day and a lot of embarrassment).

Finding a cafe open in Aguiada for lunch was a huge relief. The resident cat became my new bestie, it was a very cute cat (for a cat).

It was just over an hour in to Sarria and I thought I had managed to avoid a hill climb when I was confronted with a mammoth staircase and then an uphill into the old town….oh joy. The hotel was very boutique and the rooms are lovely and the bathroom is fabulous. And best of all, my new laptop charger has arrived.